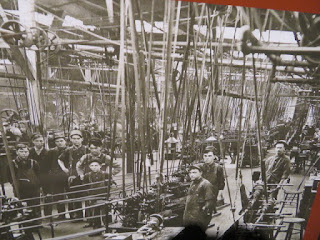 OK, here is some workplace advice from pro “Business Insider”, on what to keep at your desk and what not to.

I’m a little surprised that everyone needs a wireless printer on their own desk.

But it’s true, I used to get criticized for desktop clutter during my career.  But back in the 90s, you kept a lot of paper records of test runs as CYA before production elevations.

Imagine working in a place where your desk is visible from outdoors on the street – like at a bank.

Notice the clean desks in banks.

Posted by Bill Boushka at 9:13 AM No comments:

Wordpress offers 5.1 today, and some users get warned on their PHP versions -- and then it gets complicated 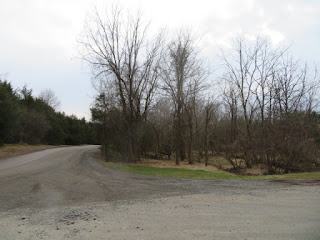 Today, Wordpress released version 5.1, which is supposed to make improvements to the Gutenberg editor and have security improvements.

I updated the oldest of my four Wordpress blogs – it was a little slow because of the volume of people doing this from Automattic servers – and got a red warning that my PHP version was out of date and not secured.  That led to a document saying that the best version was 7.3.

The help panels led me to a Bluehost document that said that the most recent was 7.0 (special accounts have 7.2) PHP, and that the account could be updated to this from that document. But  my own cpanel said that I had 7.0.33.  I called Bluehost support and was told that this was the latest supported.

But the support person looked further and found that the actual websites were still on PHP 5 .  I guess I could have found this myself in the SQL tables somewhere (from phpMyAdmin).  Apparently if you have more than one domain you have to do this for each domain through SQL.  The support person did the updates.

One of the accounts got a “1=1” warning from SiteLock on a recent applications scan of the javascript includes.  I believe these changes will fix that, should have it done soon.  We’ll talk soon about how SiteLock scans work on another post.

Posted by Bill Boushka at 11:32 AM No comments: 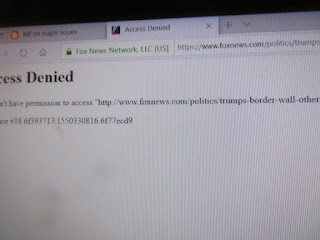 I recently encountered a message “Access denied: You don’t have permission to access” (URL) on this server” when linking to the URL (on Fox) from my blog (Feb. 16, “Bill on Major Issue”, post about national emergency declarations).  I was able to access it when keying it in manually. I got the error first on Firefox but then got it on Edge.


The discussion I found was convoluted, here. Mozilla offers this discussion.

But I was still left wondering if Fox doesn’t want to be linked to from Blogger.  I haven’t seen this before (although you can exclude IP’s with HTAAcess settings).  The issue may resembled workplace web blocking.

Posted by Bill Boushka at 8:39 PM No comments:

Windows 10 will replace Edge with something Chrome-like 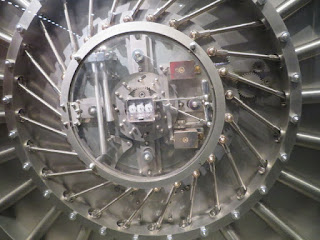 Microsoft will decouple Edge from later versions of Windows10, and use a new “rendering engine” based on Google’s chromium project.

The newer browser will be downloadable separately.


This default browser won’t rely on Microsoft’s own rendering engine.


This announcement is ironic for me, since my Chrome “broke” yesterday, as I explained in the previous post.


Here is a typical announcement. It's not clear how long this will take.

Posted by Bill Boushka at 8:01 AM No comments: 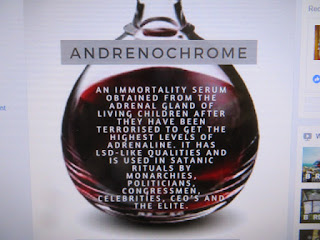 I’ve noticed that on my HP Envy desktop computer, from 2014, originally Windows 8.1 and converted to 10 in 2016 and now with Creators Update, is a little less steady than a newer 2016 ASUS laptop.


Recently Chrome was getting slow to open.  Today, after being on the AAA Potomac site to check my membership, it simply wouldn’t open the browser.  Maybe installing the NewsGuard extension hosed it, but it was working for a while.

Through the Apps in settings I couldn’t even uninstall, as it kept telling me to close the windows. I was able to uninstall through the Control Panel, but then when I re-downloaded I couldn’t get the installer to run properly.

Here’s the best reference I can find so far.

The video above is older.  I wonder it ThioJoe knows how to fix this now with Creators Update.

:On my ASUS laptop, Chrome suddenly failed but started working with Microsoft's monthly update.  I've removed it from my desktop and couldn't get it to reinstall but maybe it will work now (when I get home) with the new update.

Respect-Ability advocates for people with disabilities having equal employment opportunities 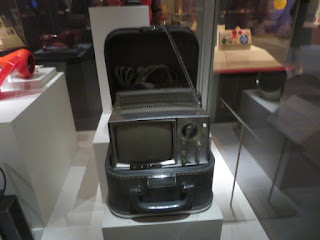 Someone shared a link this morning from the organization “Respectability” that deals with opportunities, especially equal employment, for people with disabilities.
The master link (fundraising) is here.

Alex Daniels has a longer article “AS voice for the forgotten minority”. It is true that federal law protects a group as such.  I’ve always thought about people just as individuals.

In one company, there were two go-to people, on whom everyone depended for technical coding problems they couldn't solve on their own.  One of them was legally blind and had a larger monitor, was a gifted coder and ran his own web hosting service (including mine) and had a family. The other (in applications) had life-long paralysis.

Posted by Bill Boushka at 6:57 AM No comments: