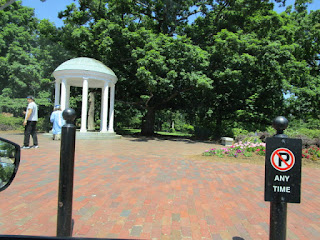 Danielle Paqette has a story about wages in the Washington Post on Tuesday, May 16, 2017 that should please Barbara Ehreneich (“Nickel and Dimed”). P. A15, “Low-paid jobs safer from robots” in print, “The worst paying jobs for college grads boasts this sneaky advantage”.

I’m not so sure this holds, as a lot of knowledge-based jobs still depend on human judgment (even day trading).  But the writer is right in that provision of personal care (especially child care or elder care) can’t really be replaced by machines.  But it may have been a “career” that was once seen as demeaning.

Posted by Bill Boushka at 3:21 PM No comments:

Facebook to hire 3000 more screeners for removing violent content; but do these jobs require the usual coding skills? 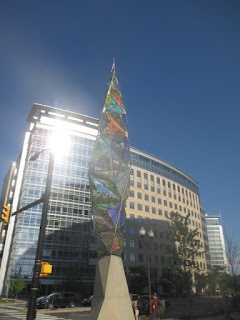 Facebook has announced it will hire up to 3000 more people to screen content (especially Facebook Live videos) in addition o the 4500 it already has, on its community operations team.  It is not clear if these jobs are all onsite or can be done at home, and if they are in multiple locations around the country.

Facebook has a link that explains its job interviewing process, which is multiple steps, including peer interviews, and a coding exercise that takes about a half hour.  It doesn’t say what language, and that probably depends on the position (C++, java, Perl, PHP, etc).  But the Facebook article says that coding is “fractal”.

It would sound reasonable to hire a mixture of people to screen videos, including many minorities who may recognize certain sensitivities, bilingual, and probably retirees, for social judgment.  LGBT issues in videos could require special awareness.  It's not clear if these particular jobs would require a lot of coding skills.

Posted by Bill Boushka at 5:42 PM No comments: