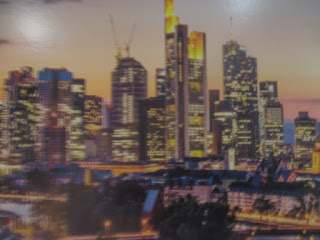 I saw a newspaper article a few days ago, that I cannot locate, “If you want a job, get on a plane” and fly East. Don't be skittish about the TSA or airline behavior and delays.

But the article argued for job seekers to be open to working overseas, especially in less developed countries.  Or in more authoritarian countries, like China.

The article also noted that Americans often don’t develop usable conversational skill in second languages.  It argued that everyone should be able to carry on a conversation in Spanish, and maybe noe non-European language, especially Chinese.

All of this sounds challenging for LGBT persons, and companies with major operations in the developing world and needing to bring in people from the US or Europe for technical expertise or in other roles (teaching) could be challenged.

In early 1971, when I was facing layoff from my first job at RCA, I looked into the idea of employment overseas, especially Britain and Australia.

All of this sounds like a flip-side of Trump’s ideas of “America first.” 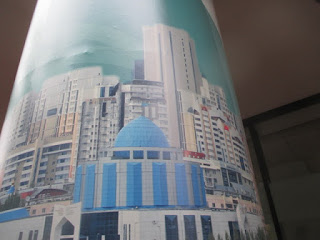 Posted by Bill Boushka at 10:28 AM No comments: 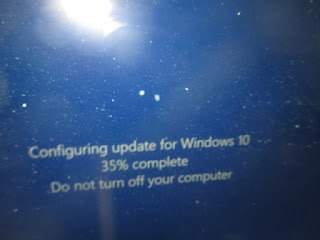 I did install the Windows 10 Creators Update this weekend on a new ASUS 324 laptop upon returning from a trip. 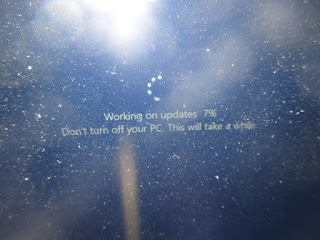 It went through two phases.  During the “working on updates” phase, it restarted twice.  The whole process of the “restart” took about 25 minutes. 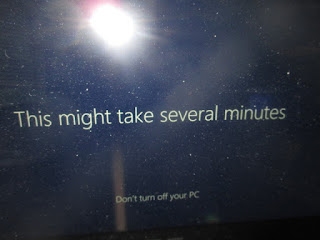 After starting up and getting through the welcome screens, it seemed to work OK for a while.  Then Google Chrome froze and stopped responding.  After about a minute the computer unfroze and everything worked normally.  It seemed to be updating something else during the freeze period.

I have found one small issue with Wordpress in the Creator’s Update.  If you “copy as text” from Word to start a posting, it converts some punctuation marks into character strings.  But Wordpress updated tp 4.7.4 automatically early this morning as I got up, and that may have a Windows 10 Creators compatibility fix.  I’ll update later.  (Note: later this morning I tried it under 7.4 and it still has the same problem.)

Then late last, I turned on the ASUS on battery, and the task bar would not come up.  Applications (like Chrome or Firefox) would be clickable but would not start or load.  I found I could unfreeze the laptop by suspending it with the power button (hold it down for a second so it blinks) and then plugging in the battery to current,  Yet the battery showed a 92% charge and will charge up to 100% normally.

I reported this to Microsoft.  If the problem has not been resolved (like by another update fix) by mid week I will show it to Geek Squad.

One other issue: on an older Lenovo laptop, still with Windows 8.1, I fell behind in updates, and now the "checking for updates" loops forever and never finds them to catch up.

Posted by Bill Boushka at 7:13 AM No comments:

Tech companies offer paid time-off for demonstrations (against Trump); what happened to objectivity? 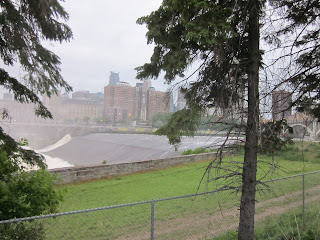 Some tech companies are allowing workers to take paid time-off to join protests, especially against “Trump”, according to a Washington Post story by Abha Bhattarai

Facebook will allow employees to take paid time-off on May 1 for pro-immigration rallies.

I did not allow employers any involvement in my personal politics during my long career.  Back in August 2001, ING-ReliaStar had a sales conference in August in Minneapolis and gently encouraged “volunteers”.  Ii declined.  I went to one session and heard one paid speaker predict a 35000 Dow.  That is one reason I don’t like to  “join in” to “other people’s” causes when often they are factually wrong.

I also had an inherent “conflict of interest” which I have often written about. While working on my first DADT book, I was working for a life insurance company specializing in selling to military officers.

Posted by Bill Boushka at 11:22 AM No comments:

Electronic Frontier Foundation has an open position for digital activist 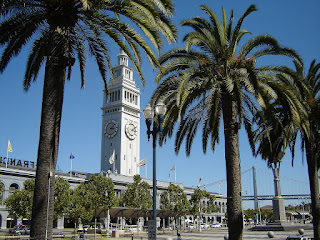 Electronic Frontier Foundation has announced a position as a Digital Activist in this announcement.   The official title for the position is “Activist: Grassroots Advocacy” and the online application is available with the article.

The full time job would require travel, working with local organizations or groups, people skills, content management skills, but, perhaps curiously (given that it is political advocacy or “activism”, so by definition not objective) journalism skills.  The job would be located in San Francisco.

Microsoft is forcing Creators Update out on users quickly, and it's a big update that probably most users don't "need" 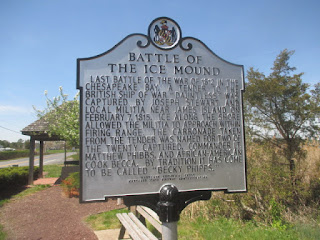 I just got Windows 10 Version 1607 (KB3150513) along with the usual defender, malicious software and adobe updates.  On both my newer laptop and the slightly older (and retrofitted on top of 8) HP Envy, the “getting windows ready” screen spun for about 15 minutes before the percentage completed updated and restarts resumed.

But Microsoft has started rolling out a more radical change, the Creators Update, build 1703.  Ars Technica has an analysis of the features, many of which matter only to gamers or very advanced visual developers.  But there are also more security features.  The update can be expected to take even longer, especially on older devices.

Less experienced users will not want to take the time right now for such a massive change that could make some devices unstable.  Microsoft will roll out the update, with a privacy settings warning (to save them, as the update overlays them with defaults), to newer devices first.  I would think many users would have to accept the update by the second week of May. There is a defer option on Professional operation systems but not on the Home edition. There are details here, or here.

But it appears that home users will be able to defer the restart for a while (details).  People may not want to do time-consuming updates right before taking laptops on trips, for example.

The Verge also has a major story here. 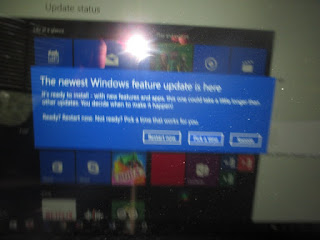 The update popped up (after privacy settings reminded) today on the newer ASUS.  It will allow me to delay the Restart for seven days.  The shut down and restart options now allow restart without update.  (In Windows 7, Updates after shudown have happened sometimes even without being told they will happen.) 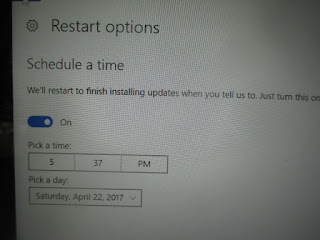 Posted by Bill Boushka at 7:44 PM No comments: 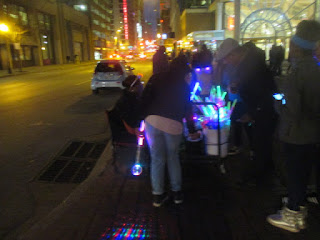 When you leave a company, and most of all when you get laid off, you leave all that work behind, modules or programs or jobs (in the mainframe world) you had supported for years.  I could say that “the bills” (around 1991) have been supplanted by “the blogs” (present day).  Same sense of instant gratification.

But I really own all my work now – the three (really four) books, and thousands of blog postings over the years, and various legacy online sidebars and essays.  As for “the bills”, I lost access to them permanently, and instantly, when my career took its cardiac arrest on December 13, 2001.

But I find that the infrastructure to keep everything going requires support, just as it did when I was working.  Companies are constantly changing things.  Google replaces Adsense on Wordpress, and I have to stop and figure out how to do it.  One day soon there will be a lot of work to go to all htpps, probably.  Even my cable TV service has sudden radical changes, with new boxes that require you to use Internet TV, effectively.  The changes are more needed by others than by me, but I have to learn how to use them.

Posted by Bill Boushka at 8:16 PM No comments:

NASA will pay "contractors" for "jobs" staying in bed for weeks, to test low gravity 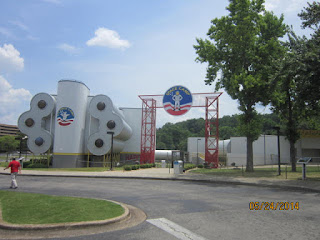 Here is a job for a couch potato – well, not really.

NASA is looking for subjects to spend about 70 days in bed, and carry on all their activities without getting up.  Does that mean bed pans?

Applicants have to be in top physical condition and will go through rigorous physicals first.

Beds will be tilted toward the head at a 6-degree angle.

People could still work on a computer if able to do it lying down.  It’s not clear if sitting up is ever allowed.

NASA has sponsored various training exercises before, including some in a water tank in Huntsville AL which I visited in 1989 (and again in 2014).

Forbes has an article on the experiment.

In my own screenplay “Epiphany” the characters reside on a Rama-like space station set up on Titan, so gravity is a vector sum of artificial (spinning) with the moon of Saturn (1/7 of Earth).

Vice has a story from another participant.  Electrocardiographic leads were hooked up for the experience, according to the pictures. 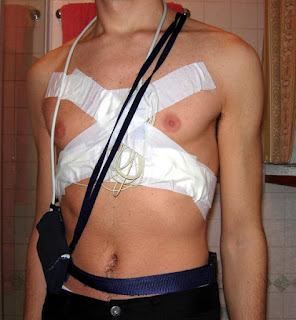 Posted by Bill Boushka at 2:55 PM No comments: