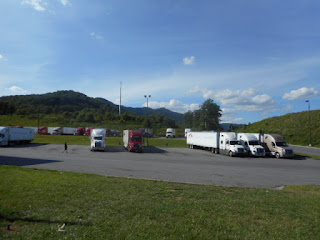 How much would it cost to make iPhones or other popular goods if companies like Apple and various PC manufacturers were not allowed to use low-wage workers (as at Foxconn ) overseas?

Some say that a $600 iPhone would cost $1300, but Business Insider gives much lower estimates, here. The biggest problem would be companies really couldn’t find that many workers quickly.  But there is a “bad karma” problem with US consumers addicted to prices artificially low if actually supported by slave or dorm labor overseas.

But robotics would quickly eat into the job gains.

A relevant issue would be a hidden consumer benefit to doing more manufacturing of PC’s in the US.  Microsoft has trouble correctly integrating all of its massive Windows updates with the hardware and firmware of many manufacturers (HP, Acer, Lenova, Dell).  If more of the manufacturing were one on places like Texas or California, you might see better quality and more stable operating system updates.

Consumers planning new laptop purchases might want to make them soon, if price hikes really happen.  I have thought about the desirability of doing most of my work on a computer actually manufactured for Windows 10 with the 2016 Cumulative Update taken into account.  It’s getting hard to keep most laptops stable for more than three years.  (But a 2009 Dell XPS now on Windows 7 but originally Vista is still pretty stable seven years later.)

Where Trump is really right is that there is a critical national security reason to make more power grid components (especially transformers) in the US, in geographically convenient and stable places like the Shenandoah Valley or Piedmont. 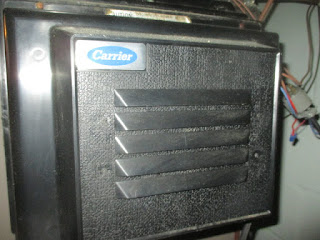 Here is CNN’s account on what really happened when Trump intervened with the Carrier plant in Mike Pence’s Indiana.  (Yes, Indiana wants me.)

There's an obvious issue for many people in that a lot of coding is outsourced (especially to India).  The trend for this started with getting Y2K testing done in the late 1990s.  But companies say without doing so they could not get work done.
Posted by Bill Boushka at 10:06 AM No comments: 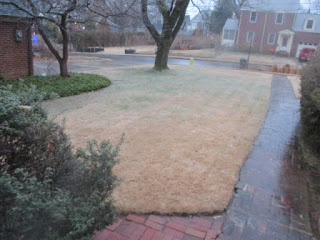 This is not my most original post ever.  My mouse died on an HP Envy last night, when devicemngr in Windows said all was Ok.  Replaced the mouse, which did not come with a Bluetooth.  Still did not work.  Had to find another mouse (at Best Buy) cheaper, that came with the right bluetooth.  Now works.

But this seems to happen in Windows 10.  The best, and not overly markety reference I can find online is this.

Actually, in my case, there may be another factor.  I had Geek Squad replace the harddrive (after copying the data) six months ago because of occasional crashes and forced restarts due to hard disk errors on the original computer.  That stopped the crashes.  But the HP firmware updates stopped running.  It's likely that one of those vendor-specified firmware updates would have allowed the original Bluetooth (from HP) to accept the new mouse.  Nobody thought of that.  So that's another way a problem like this can happen.  If you have a mystery problem, consider the maintenance you have already had done for other issues. 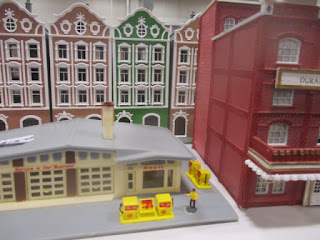 Curiously, after the install of the new bluetooth and mouse, HP firmware updates suddenly resumed., with "Pointing Drawing, 5-link micro dongle" whatever that is. (The dongle is apparently the mouse).  So this is apparently an overdue update for W10 to make Bluetooth devices work properly.
Posted by Bill Boushka at 1:19 PM No comments:

Bluehost has extended partial outage caused by "network flapping", but the problem with ISP's is more common than most customers realize 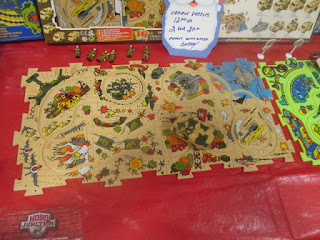 Friday afternoon and evening, Wordpress-site hosting provider Bluehost had a partial outage that affected many consumers.

The problem seems to have been caused by “network flapping”, where routers point connections to other routers that turn out to be invalid.  Early Facebook messages suggested that this problem can happen form DDOS but is more often server hardware or software related.  There’s a typical explanation here.   My sties remained up but slow, and Jetpack was not available. 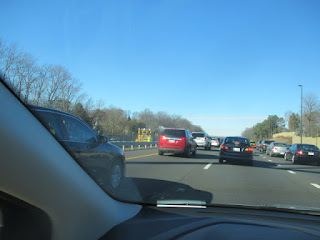 Bluehost “single-tracked” many of the customers (analogous to single-tracking on the Washington DC Metro during SafeTrack) or “single-threaded” to reduce contention and lockouts or loops  It then tested various network segments with the help of a vendor (was that Cisco?) to help locate a “packet switching” problem resulting in infinite or recursive loops.

The Control Panel was made available to costumers shortly after midnight EST.

A DDOS on a major service provider would be a serious incident, requiring investigation by the FBI.  But customers are especially edgy now given all the “scandals” about Russian hacking around the elections.

Service providers don’t identity their customers publicly, but it’s obviously possible for any provider to host a politically unpopular potential target for foreign enemies.  The Democrats would consider my mentioning names as hate speech.

The video below from Cisco's Charles Germany explains how router loops and flapping can commonly occur. Considerable care goes into various fail-safe methods to prevent these problems.

The “Downdetector” thread as well as Facebook threads for Bluehost had a lot of angry comments from customers, some of whom said they were losing a lot or revenue.  This doesn’t affect my income very much, as the ad revenue and book sales are small financially as part of a much bigger picture.

Connections are themselves “objects” on a router database, so I suppose that database could get corrupted.

A similar problem could be “thread death”, at least in java, that used to happen at the mid-tier where I worked in 2001 (ING).

I wonder if any of my old buddies are working for Bluehost (or Cisco) now, and saw action last night.

There was a logically similar problem back in 1974 on a customer Univac 1100 benchmark in Minnesota where simulated database transactions in DMS (similar to IDMS) could lock each other out.

In the DC area, Comcast-Xfinity had some problems of slow Internet service in late 2015 and again in the spring of early 2016, with frequent stalls reaching only certain sites (like those owned by Google).  These could be related to network topology problems, 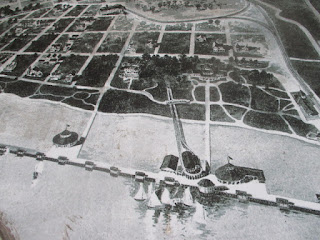 Bluehost has a detailed explanation of what happened, posted on Facebook;  some comments there concern me.

Posted by Bill Boushka at 8:43 PM No comments:

Internal Server Error on Wordpress blog, out of the blue 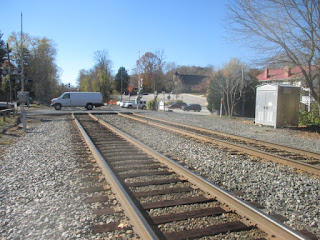 I had a bizarre outage yesterday on one of my four Wordpress domains, the “media commentary” domain as documented here.

I had looked at it around 10 AM Thursday morning (EST) to get the monthly stats from Jetpack.  Around 2:45 PM, I went to it, intending to do a post (for the movie “My Friend Rockefeller).  I got an Internal Server error, HTTP 500, without hesitation, on more than one computer.  On the cell phone, it was just blank.  Only one of the four domains I have with Bluehost had this issue.

The technician at BlueHost in Chat replaced htaccess and other major files, still didn’t work.  So she restored from a Nov. 30 backup (this is lucky, it was up to date), and that restore took less than one minute.  Then the site worked.

I had to have the tech remove Jetpack, and then I resintalled it without incident (there was another HTTP 500 the first time on Jetpack when the rest of the site worked).   I also had notice that my own Wordpress account no longer showed the “media commentary” blog under “Write”.  That link came back with the reinstall of Jetpack.

I went into it and added the post, but then I found I could not edit the posts in Visual mode.  I can edit them in Text mode (html code).  The technician was able to see the visual mode.  I went into users, and looked at my profile, and found the “disable visual mode” unchecked.  So I don’t get why this happens.  Somehow the tech users, even with my user id, can see it.  I’ve noticed that on editing a page (as opposed to a post), that sometimes visual mode fail until you do one more update.   It has always behaved that way.

The error log for the site had shown multiple errors “call to undefined function (wp)” around 1:30 PM EST.  The best information I can find it that Wordpress is vulnerable to corruption from some plugins, or from (C++) “stack overflow” errors when the server doesn’t have enough memory or work space during automated updating (especially of plugins).  This appears to be a server management issue and not hacking, DDOS, etc, to the best that I can tell.

I found a couple of references to this problem on the web.  The Word Press forum, moderated by James Huff, seems to presume that the blogger has much more knowledge of WordPress internals and server internals than I do.  I normally expect the hosting provider (BlueHost) to handle all of this.   This is rather like the C++ bridge to the midtier when I worked at ING, that only one contractor (from Pakistan) knew inside out.  (Zuckerberg is right – we need overseas talent right now – and American users need to be much better trained in OOP coding internals – Here’s a source on stack exchange.   Here’s a source on the Visual Editor.

Here is a site that explains common Wordpress problems forBeginners.  Wordpress probably requires more coding skill knowledge from users than does Blogger, as the product seems a bit more intricate. 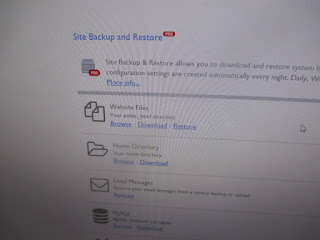 Wordpress users with hosting providers all need to be familiar with how their hosting company’s backup works.  BlueHost has Site Backup Pro, explained here.

I make it a practice to back up my own content in image format once a month, and I back up the most critical or valuable postings separately.  These then get backup up by Carbonite, and by me on rotating thumb drives (one of which is in a safe deposit bank),  just like all my unpublished manuscripts.

Posted by Bill Boushka at 9:24 AM No comments: