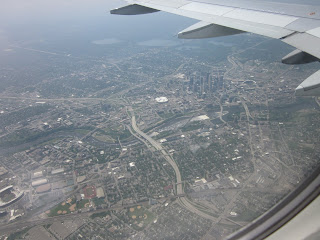 I am aware of a situation at a particular international employer where there seems to be a dispute with an associate over complaints the associate has made in social media in public mode.

I won’t identify the employer or person now (it’s a non-profit) because many facts, at least in my opinion, seem, contradictory and frankly bizarre,  and the truth is far from clear.

But I want to make a note of it now because I have often written about “conflict of interest” in these blogs concerning an associate’s writings on a personal website, blog, or social media account.  I’ve been concerned about this problem way back to 2000.  I had an issue myself in the 1990s when I was working for a company that served the interests of military officers and wanted to oppose the “don’t ask don’t tell” policy publicly  The circumstances led to a merger-related corporate transfer from northern Virginia to Minneapolis in 1997, which worked out well and led to some of the best years of my own life.

Employers may rightfully regulate public speech by associates who are in a position to make decisions that affect others.  Disputes that can’t be resolved typically lead to terminations or resignations.  That’s not new and not controversial.  Employers, however, may not “hack” or physically interfere with social media accounts actually belonging to the person as an individual.  To do so would potentially constitute a crime.