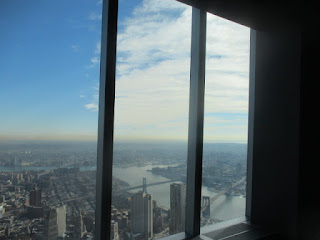 Companies are finding they can attract better employees by offering help with repaying student loans, according to Tara Siegel Bernard in a story in Business Day on Saturday, March 26, Business Day.

The company at issue is Fidelity, but a number of other companies are providing the benefit, including Price-Waterhouse and Nvidia.

Posted by Bill Boushka at 7:41 AM No comments: 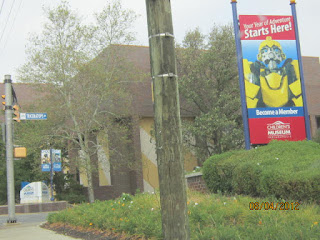 A New York Times article on in the Business Section of the New York Times Sunday, March 19, 2016, “Good Jobs, Goodbye”, by Nelson D. Schwartz   does illustrate the problems “average” workers have in maintaining standards of living against workers in other countries.  In this case, the foreign country in Mexico, and the company is Carrier, in Indianapolis, which makes furnaces and heating equipment, maybe even what’s in my basement.  (I was told my air conditioning coils come from Wichita, KS.)

The article goes on to explain how this kind of event expands the appeal of Donald Trump in the working class.  But it sounds like an exercise in karma. And maybe, “Indiana wants me” after all.

Posted by Bill Boushka at 8:44 PM No comments:

Hillary Clinton's use of her own email server parallels some situations in my own career; here is a perspective on what matters 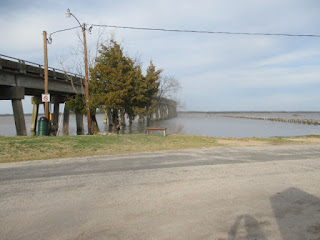 Hillary Clinton’s email server “scandal” still is unsettled legally – I don’t think it will stop her nomination or candidacy, but the possibility is still conceivable.

What I want to focus on here is some observations in my own workplaces in the past that seem relevant to what Hillary claims.

In a number of jobs, I had access to consumer PII, particularly in the area of production support.

Consumer privacy is a bigger issue today than it was in the 1980s and 1990s, partly because all of the security hacks and incidents at major retailers. So the problem of access to consumer PII is comparable to access to classified information, even though it usually doesn’t require a formal clearance.

The first time I supported production from home was in 1990.  We were given small dumb terminals we could take home to connect to a mainframe, and they didn’t work too well.  Soon I used my own PC (which at the time was an AST Research and later an IBM PS-1) with Procomm-plus.  I think I got mine somehow when I bought the computer almost free, but copies were available at work.  (The licensing of these copies became controversial for a while in 1992).

That could mean that consumer data would be available in my own computer’s memory or caches.

It was also common practice to do systems testing with copies of production data.  Many times listings of tests with production consumer data were retained, even if this meant clutter.  I even kept some listings at home as verification at any time that my work was done properly (CYA stuffed under the pillow).  But these were destroyed (probably winding up in a landfill) before I moved to Minnesota in 1997.

In fact, in 1987, we did a major parallel of production for a month with full listings of all reports from both systems.  Someone in quality control actually took the listings home and checked them on her kitchen table in Dallas.  This was acceptable in those days.

It’s  also noteworthy that there a customer service jobs from home where people work on their own home computers (companies like Alpine Access, Live Ops, etc).  Although these companies would require home computers to be properly equipped with anti-virus software, it’s apparent that this practice could lead to vulnerabilities.

When I worked for Census in 2010 and 2011, we were issued a Census laptop, and could use a Census cellular wireless connection.  But it was permissible to use your own cable connection if you wanted.

My point here is that standards for protecting sensitive information used to be quite loose.  It has generally been acceptable to use employee-owned devices for workplace support, although in recent years, concerns have grown.  I can understand how Hillary and other employees could believe that what she was doing was OK if the information wasn’t classified yet.

In fact, when I worked for USLICO in the early to mid 1990s, there was a possibility that I could see military officer PII.  Although the issue never came up, it would sound plausible that this information could subsequently become classified, in a manner analogous to Hillary Clinton’s problem.  We were never screened for formal clearances.

There was also a requirement that I made in the period from 1997-2003, when in Minneapolis, that all equipment on my premises belong to me.  This was to avoid a possible conflict of interest problem that would not occur today (details ).

It is also noteworthy that companies gradually became more security conscious throughout the mid to late 1980s into the 1990s, in requiring programmers to have special access to update production files.

However, there were holes (such as, for a while, Top Secret could not talk to the Central Version of IDMS, or to MSA, at least in the mid 1990s).  By the early 1990s, elevation procedures (of programs from test into production) became more secure, forcing integrity.

Posted by Bill Boushka at 4:24 PM No comments: 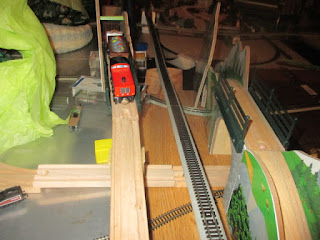 Friday afternoon I was at a hobby shop in Alexandria, and the owner, while writing up a sales receipt by hand, did some small talk and indicate he had started out his work career as an entry life insurance agent, decades back.  He said that 97% of agents wash out in three years.  He said, to be a good agent, you have to be a good customer first. But it can be a good "first job" for a recent college graduate.

Here’s a link on why so many young agents fail.

Here’s another paradoxical explanation of a 92% failure rate.

I wrote some time back that new agents, based on an interview I had in 2005, are expected to generate new leads very quickly.  The technique has been to troll website surfing and searches.  This would surely be objectionable to many consumers in the age of “do not track”.  It would really have been very objectionable for someone with my background to do it.


Compared to previous generations, a lot of consumers today simply do not want to be contacted by sales people, whom they view as “parasites” and not smart enough to become high tech engineers.  In my parents’ era, social connections seemed to be more stable and respected for what they were.  This new attitude sounds like bad karma, to say the least. With financial transactions (and real estate, and other major life activities) one does need professionals sometimes to know the right things to do.  (I think the case is even clearer in real estate.)  Consumer aversion to listening to sales professionals may help create a climate that makes debacles like 2008 just a little more likely over time.  At the same time, many people in retain finance and real estate “followed the mob”, help setting up the previous crisis.

I was under "moral pressure" around 2005 to go "sell" like other people and stop blog-casting myself, since I had returned "home" to look after mother and could have been viewed as a mooch. But it doesn't look like becoming a life insurance agent could have worked out.  Is this sour grapes. or sweet lemons?   It's probably even harder now.

Posted by Bill Boushka at 7:00 PM No comments: 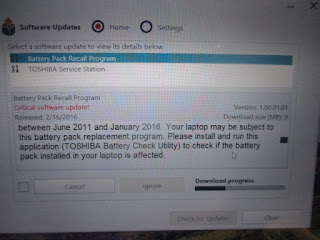 Today, a curious update was offered to me by the Toshiba Service Center, a firmware app to see if my Panasonic battery pack, dating to 2011, was subject to a recall.

I guess it wasn’t.  The app did not create an icon (even on system restart) and did not warn me of anything after install and download.

But the underlying issue is possibly serious.  I generally don’t leave laptops plugged in when unattended or in use.  The concern is that someday even personal laptops (and cell phones) could be seen as a hazard for air travel (right now, the rules concern shipping of groups of lithium products in cargo).  We don’t have a particularly effective industry for renting securable products when “on the road”, because the expectation has developed that you carry your digital life with you when you travel (even for job interviews, or book fairs).  That was quite acceptable in 2000 when I depended on Kinkos while spending a week in Arizona and New Mexico.

Posted by Bill Boushka at 8:10 AM No comments: