Who wants to sell door-to-door now? To close out the meteorological fall, look at this op-ed by Eugene Linden in the New York Times, page 7 of the Review Section Sunday, “Epiphany, with Encylcopedias”, here.
There was a time when selling door-to-door was almost a virtue.  The author talks about his experience selling the New World Encyclopedia and later Britannica in 1968.  There was a script, there was urgency (helping your kids get ahead), there was “overcoming objections”.  Today, people resist door-to-door because of home invasions, don’t answer telemarketing robocalls, and find half of their email is spam that is never opened.  It is getting a lot harder for a lot of people to make a living in a society so personally competitive. 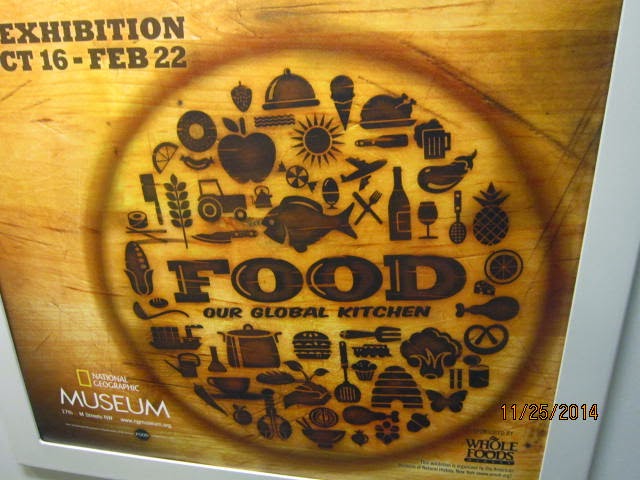 Yet, there has never been a better time to be a young adult with the right talents and skills.  The kids who write computer viruses in Russia do so because Vladimir Putin (equals evil) has made sure they can’t get legitimate jobs, so they steal.  The same detailed coding talents could get six figures over here sometimes. 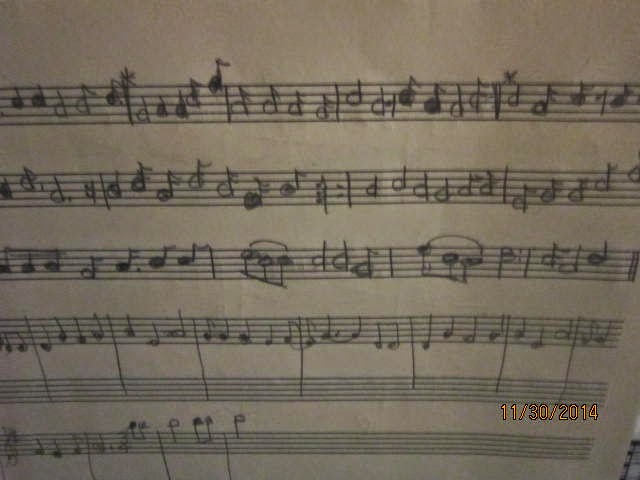 I vaguely remember the visit of the encyclopedia salesman for the World Book in 1950.  It has great colored elevation maps for all the states, the best ever.
My father (1903-1986), who was a manufacturer’s representative (wholesale) for Imperial Glass (now Lennox), always said he could look anyone in the eye and sell him or her anything. Not me.

Posted by Bill Boushka at 8:31 PM No comments: 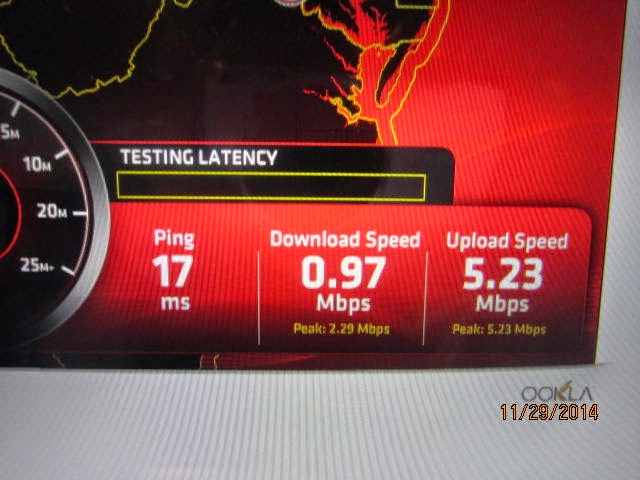 Early Black Friday morning, I found my Comcast XFINITY to be extremely slow.  I first thought it was the old Dell XPS laptop I often leave connected through the night.  But trying other laptops gave the same result. 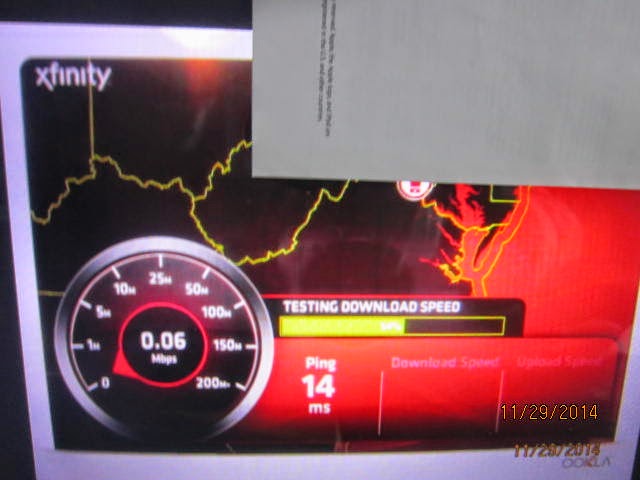 It gradually improved starting about midday, and by evening was about to 80% of what it should be.  I was able to watch a movie on Amazon (“Spanish Lake”) although I had some trouble getting it started after paying for it.  Later in the evening, I watched YouTube with no problem at all.
Saturday morning it was fine, but, intending to go out, I tried Twitter for a moment on Firefox on the older computer.  It seemed that Firefox itself was hung as an extra copy, but it finally loaded.  Then I saw that everything was slow again.  Some sites would work for a while and stall.  Google’s icon would not come up on its home page!

I tried Xfinity’s speed test.  This is what I got.  It stalled completely at 54%.

I went out on the errands.  When I came back, I found the connection working “almost” normally.  It seems that running the test tells Comcast support (is that in Ashburn, VA at a server farm?) to reset your connection.

I don’t know what is causing the slowdowns.  Black Friday?  I wonder if Comcast has made some kind of change and will tell me that my modem and Netgear router are too old (vintage 2006) and need to be replaced?  Maybe they are working on a way to clean out the Moon virus that is affecting some home routers intermittently (with practically all IP companies) and will soon require all customers to use newer routers.


The speed test link is here.
I'm surprised it's not https.

This post might be relevant to "network neutrality" too.  I'll try to find out if Comcast has somehow changed bandwidth management, but that sounds less likely.
Posted by Bill Boushka at 12:21 PM No comments:

I get an email advertising a recruiter position -- there's always a first time! 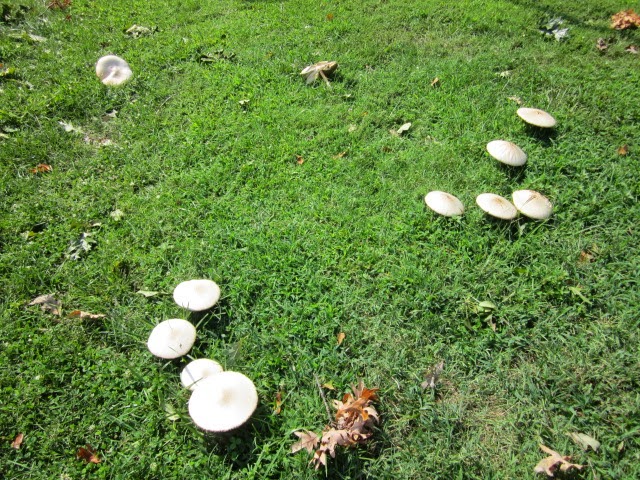 For the very first time ever, that I can remember, I got an email today for a job as an IT recruiter, in Waltham MA, where the agency is Raytheon.  But this seems to be an HR job with a large defense contractor, not a true job as an independent "head hunter".

Back in the 1980s, the best known recruiting agency was Source EDP.  In Dallas, a few other higher profile recruiters were Wells and Perry-White.  One of the most visible W-2 contractors there was Cutler-Williams, which at one time interviewed me for a job at the Glen Rose nuclear power plant (weekly commuting 160 miles from Dallas), one of the most bizarre interviews I ever had. I had already visited the plant with -- believe it or not -- the Sierra Club, back in 1982.

After my December 2001 "career ender" (why that was so will become a later post) I considered becoming an independent recruiter myself, but never got very far.  It would be totally infeasible now, considering how I have managed my social media. I do see that I got some emails in 2011 from parties that thought I was already a recruiter, including on to pre-screen resumes.

Posted by Bill Boushka at 5:57 PM No comments: 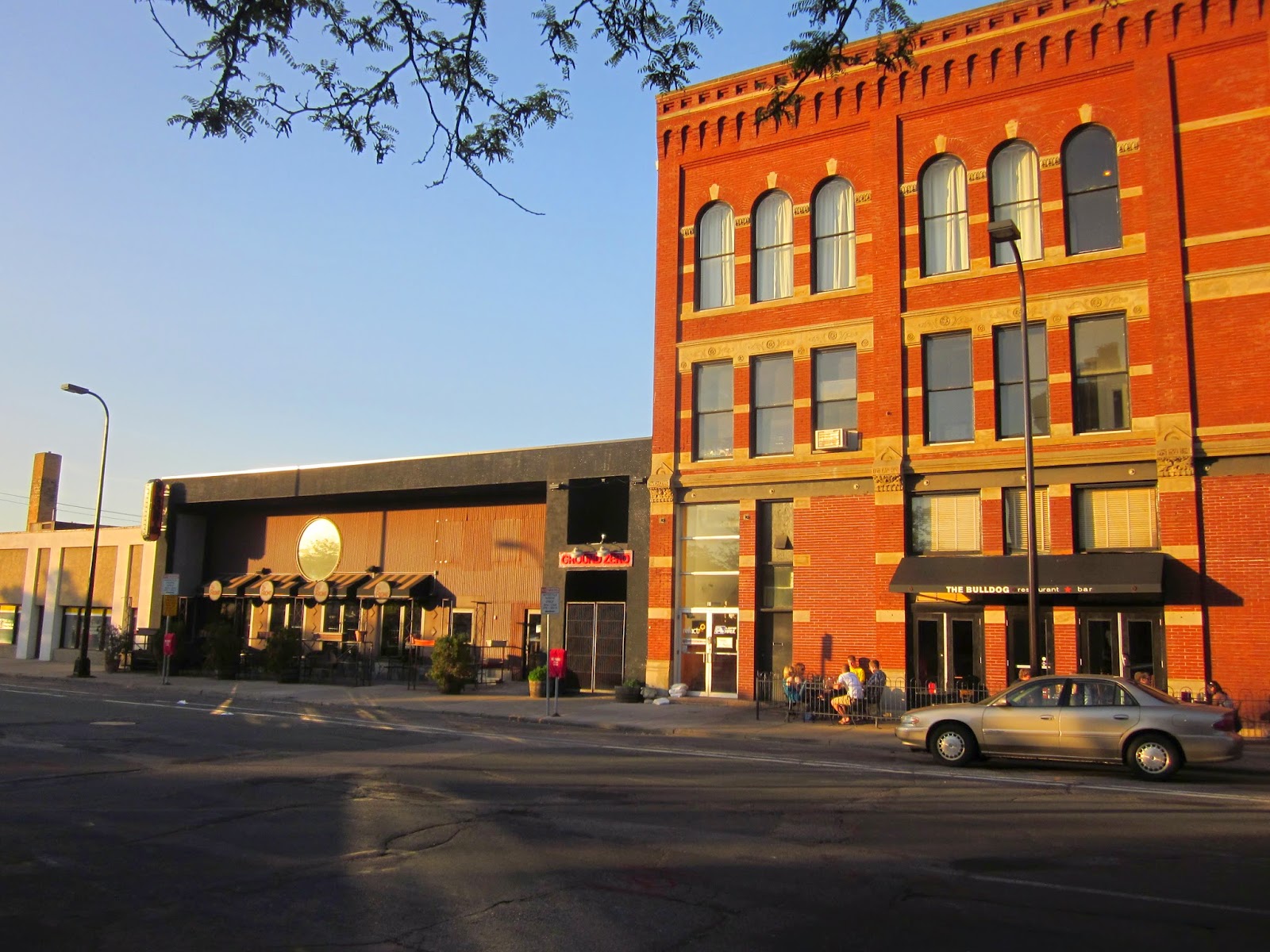 I got an email about a mainframe job in downtown Minneapolis, my old haunt from more than ten years ago.  The project related to conversion of “Swift” (link ) financial statements in a Linux environment to COBOL stored procedures under CICS.  I don’t think I’ve seen anything quite like this, but the opportunity is about twelve years too late for me.  The contractor is apparently Advantage Resourcing, link and the email mentioned benefits in a W2 environment.  You had to do the interview in person.  (Back a few years ago, phone interviews were common with many clients with many placement companies.)  I lived in Minneapolis from 1997-2003, last visited in 2011.
Posted by Bill Boushka at 11:24 AM No comments: 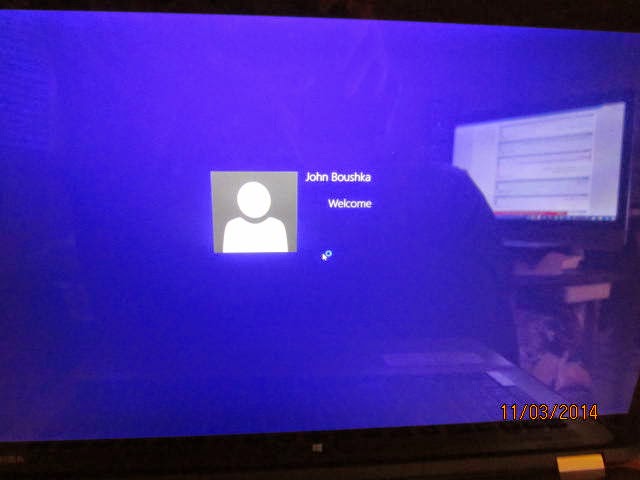 My replacement Toshiba Satelitte with Windows 8.1 sometimes displays weird behavior when signing on, especially if it hasn't been used for over 24 hours and is run off the battery.  Sometimes the blue log-on screen circles a long time without bringing up the Windows 8 desktop, and then says "Group ID" missing.  If I click one more time, it comes up.   Or it may give a black screen, with the circle spinning, and shows the command prompt a few times, too quickly for me to see the message, before it finally comes up.

The problem is not reproducible, and doesn't seem to happen unless considerable time passed since last use.  Some posts online suggest a CMOS issue.

I will need to depend on this laptop when traveling, and sometimes there would be periods when it isn't used much.  It performed perfectly in New York the last weekend of October, but was used often.

The best link I can find on the problem is at Tom's Hardware, link. There is also a link on clearing CMOS here.  It sounds logical from symptom pattern that it could be a CMOS issue.

I sometimes had the "Group-ID" problem on the older Toshiba, that broke in August.

Here's another oddity:  I left the Cannon Power Shot in a USB drive on my HP Envy longer than I needed it, and suddenly a SanDisk ad pop-up occurred. 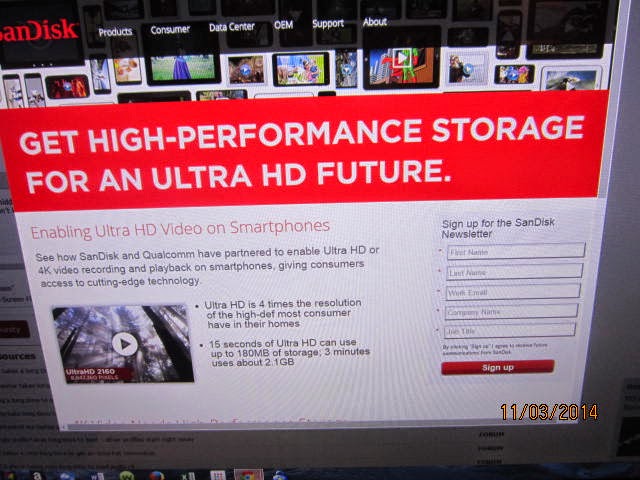 Posted by Bill Boushka at 2:40 PM No comments: