Unions press to treat franchise retail operations as big businesses; it could be an issue for career-changers considering buying franchised units 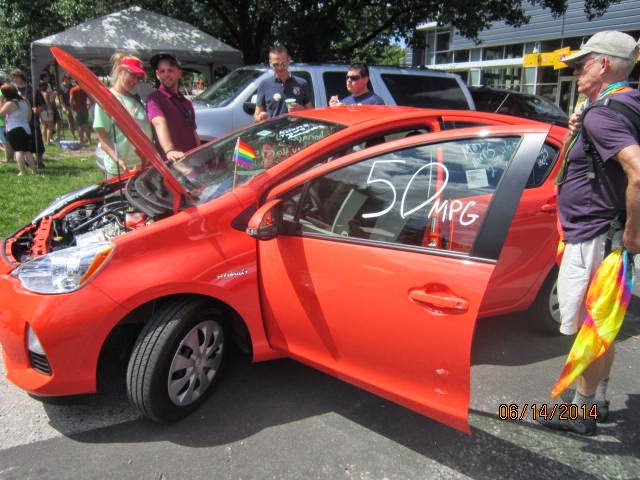 Cities and states raising minimum wages may not realize that many retail stores – especially fast food – bearing national brandnames are actually owned and run by individuals or “mom and pop” families that have simply paid for the right to use the brand as a franchise.  Or they might not care, if the real goal is to unionize as many small businesses as possible.  That’s the thrust of an op-ed on p. A13 of today’s Wall Street Journal by Steve Caldeira, link here, an editorial that includes a video. The title is “A union ruse to organize mom-and-pop stores; The SEIU’s campaign to raise the minimum wage redefines sandwich shops as big businesses”.
Most of the laws, such as in Seattle, give much longer for small businesses to comply with raised minimum wages.  But they often consider any franchise to be part of a “large employer” which, when you consider how a business operates, is false. It is true that larger franchises do give a lot of supervision and training to owners.
Employment outplacement centers often encourage some clients to consider franchising.  I frankly don’t like the idea of dedicating my own resources to promote somebody else’s brand.
Posted by Bill Boushka at 4:19 PM No comments:

Taxi medallion controversy has some lessons for the job market 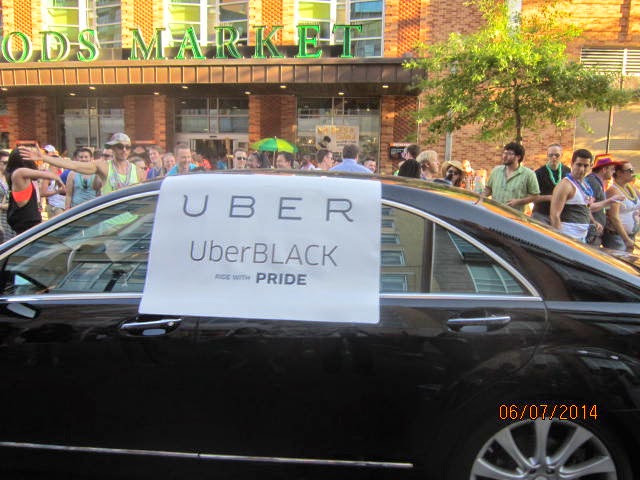 There's been some controversy that the new "Uber" freewheeling ride service (very prominent in DC and Baltimore Pride parades) will destroy the whole business model for taxixab service in some cities, especially Chicago, where the Medallion is an "investment", created, however, by government regulation, as explained in a Washington Post story Sunday my Emily Badger here.  Medallion owners hire drivers; but the supply of Medallions is kept fixed as part of a city's regulatory scheme.  If the model breaks down because of "disruptive technology", they could become worth much less than what was paid for them, that is, go upside down.

As for jobs, I actually looked at becoming a driver in Minneapolis back in 2003, for Green cabs.  I found out you become an independent contractor, and pay about $400 a week for the cab; so it takes about 20 fare to make back the lease.

The new model seems to encourage a free-wheeling approach to giving people rides, although background checks are required, and cars have to be clean and in good order, and a lot of technology setup is required.

That's an idea I've already seen in calls for volunteerism.  It can't be taken lightly.

There is an idea that unregulated taxi services leave a lot of customers stranded.  I understand that the DC area does not use medallions, but is heavily regulated.  I have found that it is hard to get a cab late at night on U Street (near the clubs), but not near Dupont Circle.  But it's gotten a little better recently in the U Street area.  The "Taxi for hire" sign helps.

Posted by Bill Boushka at 1:37 PM No comments: 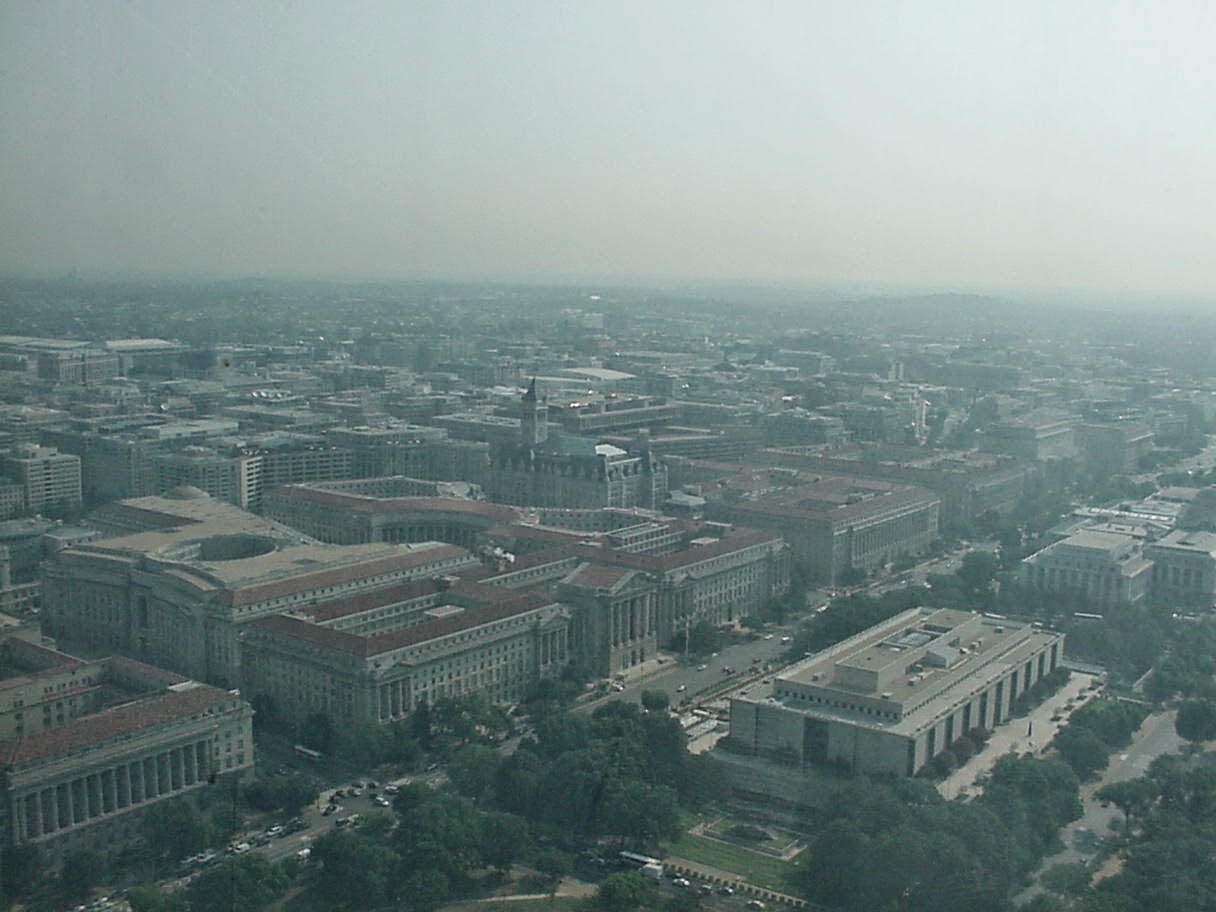 The McKinley Technology Education Campus of the Washington DC Public School system is offering a curriculum in cybersecurity, leading to industry certification, as part of high school.  Melanie Wiscount is reported as the primary instructor.  The link is here. And several area defense contractors say that employees who earn certification at the school are all ready for employment, which they could hold while attending college.
The school is located in NE Washington DC.  I’ll get a specific campus picture soon.   It is near the Rhode Island Ave. Metro on the Red Line and slightly east of North Capitol Street.  I'll have to see if the Arlington Career Center, where I used to sub, does the same thing.
Posted by Bill Boushka at 8:07 AM No comments:

Starbucks will help pay for college educations of some associates 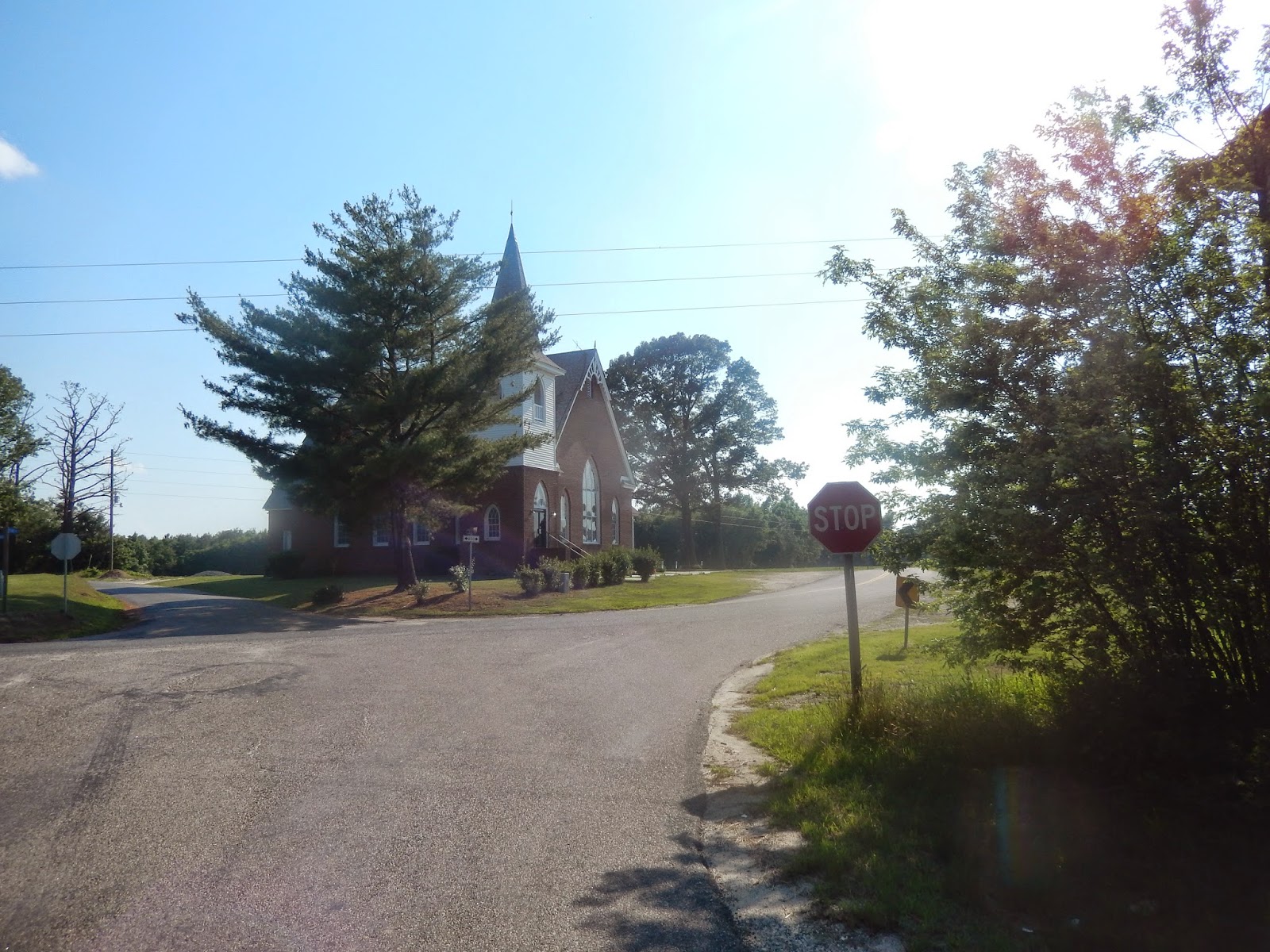 Starbucks is reported to be offering scholarships to some employees as incentives to stay with the company.

Forbes reports that the executives who decided upon the program came from low income backgrounds and had themselves been "college underdogs", link here.  Apparently the plan can be available to employees who hold any position.

Companies are engaging employees into volunteering, giving through employer channels 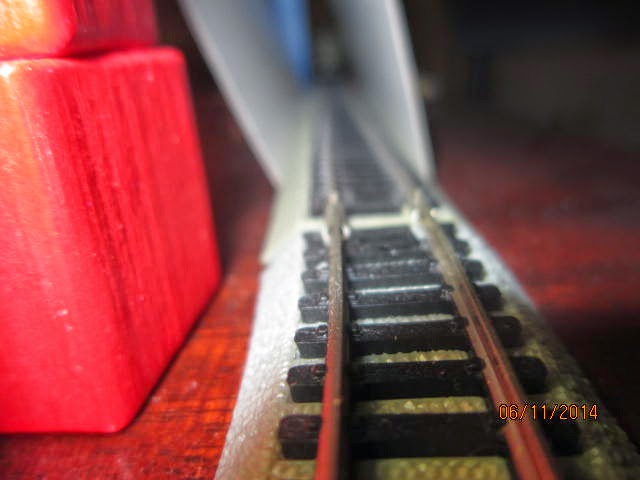 For-profit businesses are more interested in social responsibility than ever before, and are encouraging employees to volunteer or give, in the company name, according to a Metro Weekly story by Jessica Vaughn June 12, 2014, published right after Washington DC’s LGBT Pride, link here.  The story mentioned the site “Do More 24”, link here.

For years, it was common for companies to do payroll deductions for United Way, and put some pressure on associates to contribute.
In more recent years, associates have been volunteering time for charity projects with corporate T-shirts or identity displayed.
It’s difficult to volunteer in some situations, however, without being “equal”.
Sometimes volunteer pressure can put employees into compromising positions.  One time I was personally approached by someone about giving blood in an inappropriate way by someone who did not understand the significance of the gay male blood donor ban.
Posted by Bill Boushka at 5:51 AM No comments:

Labor Department requiring government contractors to ask intrusive questions for statistical purposes; some companies do it for all jobs 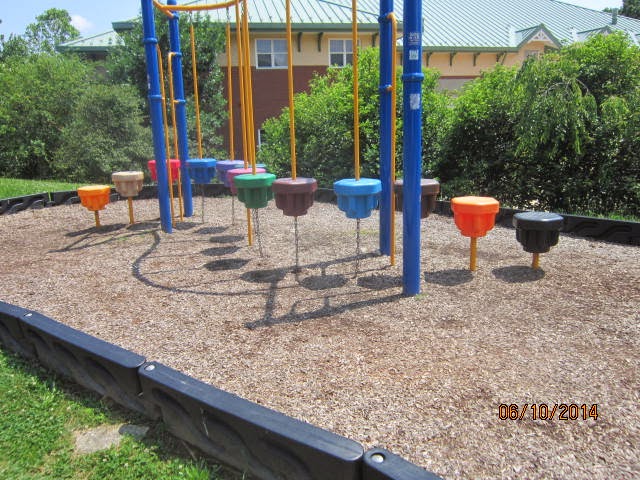 A male college student informed television station WJLA (Washington) that Staples was asking a number of “personal” questions about disability on job applications.  It turns out that Staples says that since it is a government contractor (sometimes), it has to follow new Labor Department rules that require collecting statistics on disability and other protected classes from all contractors.  But it seems that the company was inquiring on this information even for non government-related jobs.  WJLA has the story here.  The collection of such data is said to conflict with the Americans with Disabilities Act.  The issue was reported late Tuesday night in the evening news broadcast.
Posted by Bill Boushka at 6:56 AM No comments: 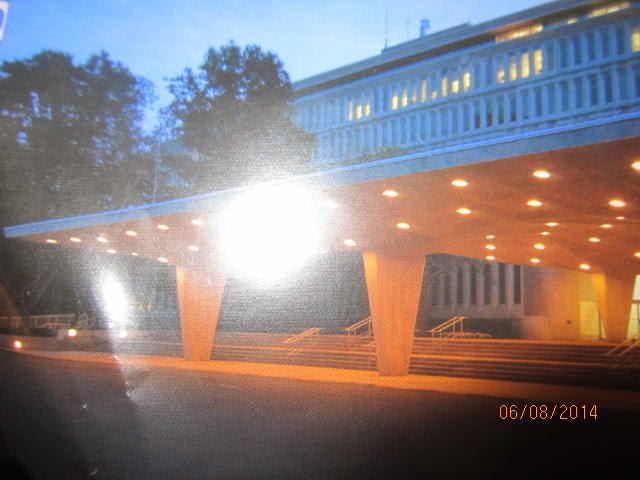 Non-compete clauses in employment are becoming increasingly common, even outside tech industries, according to a Business Day article Monday by Steven Greenhouse in the New York Times, link here.

Only California and North Dakota ban them.  California's ban on them is credited with the success of Silicon Valley, and with the decline of the Route 128 corridor in Massachusetts that boomed back in the 60s and 70s.

But even people in service industries are encountering them, as are some college interns.

Many states regulate them lightly, and require some bona fide rationale for a clause.  Back in the 70s and 80s, programmers were often prohibited from working for other companies in the same business industry, but could go to other industries with the same mainframe skills.  It isn't that way any more.
Posted by Bill Boushka at 9:15 PM No comments: 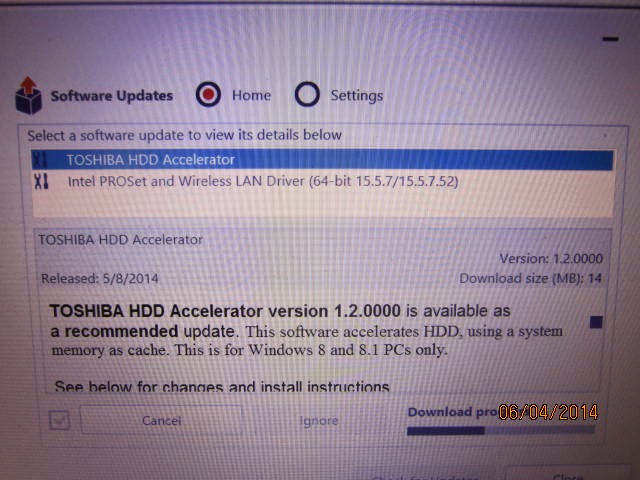 I am getting ready to install Windows 8.1 soon on my Toshiba Satellite, and today I installed two remaining Toshiba Service Center updates.  One of these was an “Intel Pro-Set” update for wireless networking which I probably don’t use.  The other was a memory accelerator, which had recently appeared, and it seems to be critical.


In the middle of May, I had gotten a bunch of the usual Microsoft Windows updates, similar KB members on my Windows 8 machine, my older Dell XPS and my Gateway Notebook.  Shortly after installing the update, I noticed that the thumbnails for my pictures would not display much in File Explorer.  Only a few would display and then the filling in would stop.  Likewise I noticed that usually, in the File Explorer, the “open new window” was grayed out, as were many of the options in the View menu, which include managing the thumbnail database.


The recent Toshiba Memory Accelerator appears to fix these problems. Now, even in large directories, the thumbnails repopulate reasonably quickly (although the first time may still take a little longer).  It seems that Microsoft “did something” in a recent update that Toshiba had to make a firmware fix for.


Also, I’ve noticed that Carbonite had not backed up recently added images.  It does appear to be running properly and getting them caught up this morning.


So some of the Toshiba fixes are critical.  It’s important to complete all of them before going to 8.1. 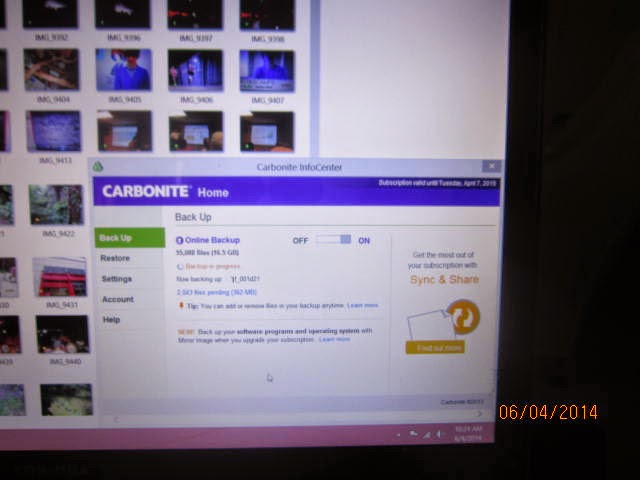 Posted by Bill Boushka at 7:55 AM No comments:

If you worked in a mainframe shop after about 1990, you followed the rules 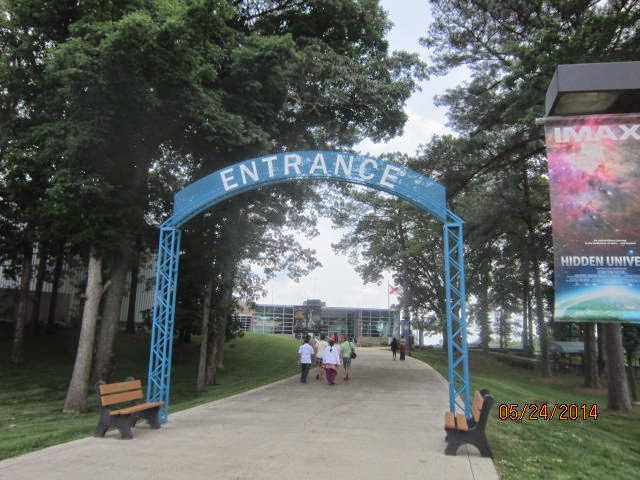 During my own 31 year career in information technology, mostly in legacy mainframe systems, I did learn that you have to build up procedures to guarantee the quality of your own work.

The biggest areas where major issues could occur included the handling of production files, the handling of elevations (also called “promotions” or just “moves”), and, particularly, making sure that relatively infrequently used capabilities of a system (like an end-of-month or end-of-year process, or particularly data saving, whether by modern data warehousing or older systems like microfiche) are actually looked at occasionally by end users.


Since the late 1980s, most major mainframe shops had security systems (whether RACF or Top Secret) which prevented programmers from routinely having access to production files.  Also, since about 1990, most shops have implemented automated source and version management systems that, when followed, guarantee source-load module integrity.


Yet, it was amazing to me that some programmers found these safeguards annoying, and thought that instead all programmers should be bonded.
I do wonder how these security concepts play out in modern Internet companies, most of all in workplaces like Facebook and Google, where systems testing has to be difficult and multi-staged. Good topic for more articles?


When I worked in this kind of environment, it became “my world”.  It wasn’t until I “retired” at the end of 2001 that I began to grasp the scope of the issues of workplace and career for most people.


I’ll be covering some quirks in these issues fairly soon in my new Wordpress blogs.

Posted by Bill Boushka at 12:05 PM No comments: