Summary resignations from intermin jobs: they do happen when they present unnecessary risk 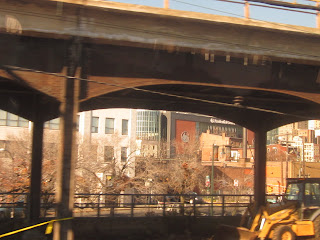 I want to note here that I admit that I have sometimes shown a short fuse to resign suddenly from interim jobs.
In 2003, I resigned suddenly from a job selling orchestra subscriptions by phone when someone I called informed me that we are calling past hours, and we were, and that we could be personally liable.
In 2005 I stopped substitute teaching suddenly after an incident outlined on my main blog July 27, 2007.  I resumed in the spring semester of 2007, but stopped suddenly after the fall semester started when a situation that I believed could present unacceptable risk occurred.
But back in 1963, while working for the National Bureau of Standards in the rheology lab, in my first wage earning job at 20, I dropped organic chemistry, taking it at night, when I fell unacceptably behind in the lab after cutting my hand, and the course didn’t allow makeups.
On the other hand, I called for the Minnesota Orchestra Guaranty Fund for 14 months, before taking a job as a debt collector in 2003 – and then moving back to DC, causing me to leave that job after 2 months.
Posted by Bill Boushka at 4:33 PM