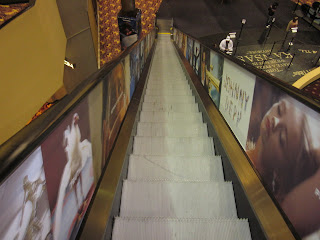 I type this posting in Microsoft Word 2010, and I’m pretty sure it won’t freeze during autosave, because that’s already happened once this morning since the last reboot in Windows 7.
Sometimes Word can recover the file automatically. Other times, it hangs trying to restart. If you try to open the file, either in Word or Windows explorer, it hangs.  Even when trying to copy the file at the command prompt it hangs and says word can’t open it.  If you try to copy it, Windows says it got an unknown error.
But there is hope.  If you try any of these ideas a second time, they work. As long as you give the file a different name, you can open it and go back to work.
This seems to happen only once after a reboot.  Sometimes when you try to save the file yourself the first time, Autosave tries to run anyway.  I suppose I should disable autosave.
Microsoft forums has a discussion of the problem here.
My machine, a 2009 Dell XPS, could be more vulnerable because it has had a replacement of Vista with Windows 7, and at least one major service pack update.
I’ve also had trouble (on my Dell XPS) with the jumping cursor since W7 replacement, in all applications.  (It doesn’t happen on a small Toshiba Notebook with W7 starter.) The antidote is to type very lightly.  The touchpad picks up the motion or vibrations from the keyboard and interprets them as commands.


Here’s a typical Microsoft answers posting on the problem (link). It doesn’t seem to be limited to Dell.
I don’t have time to play with restore points and rolling back drivers and updates.  I’m thinking of moving a lot of my Word work to the new MacBook upstairs, which seems a lot simpler.  (The Mac boots up much faster, too.)  But a lot of my web work depends on Microsoft Expression (replacing the defunct Front Page), which depends on a .NET environment, which keeps on throwing huge updates.
By being all things to all people, the Microsoft environment has just gotten too complicated, with too many potential points of failure.  It’s rather like the power grid, when you decide go get a generator.
Posted by Bill Boushka at 8:50 AM