Twitter gives "me" a blank page; stability problems reported earlier today; are they resolved yet? 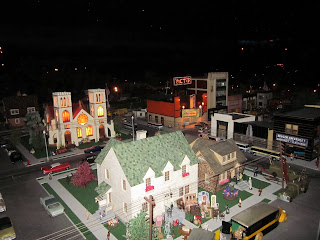 Are a lot of users (as of about 10:45 PM EDT Tuesday May 10) still getting blank screens when logging on to Twitter?
Twitter’s explanation today is here.
So far, none of these steps have worked for me (I’ll try it on the Mac Safari shortly;  in the PC environment, Chrome, Firefox, and IE all behave the same way, in XP and W7.   In fact, Internet Explorer says “done, with errors”)
MSNBC had reported a similar problem Feb. 17, story.  There is talk of the “failed whale”.
You can also check “Downrightnow” here.
I did get Twitter to reset my pw, no change.
I can go to twitter.com, not log on, and see my most recent tweets with a search. If I try some friends or people I “follow”, I get a similar result, no activity in the past few hours or so. 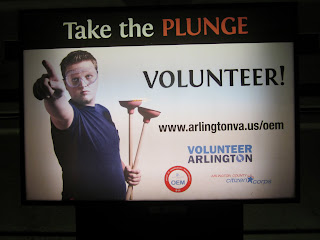 Update:  I tried it on my new MacBook.  Same result, in Safari  (with Verizon instead of Comcast).  My Mac has never been on Twitter before, so browser caching is not the issue. Also, Safari was just updated the other day, and the browser is as new as possible.

Second picture: from the DC Metro. Should IT people "pay their dues" with "real jobs", even as volunteers?

Twitter's back now, for me.  I wonder if the East Coast had a major Internet routing problem last night. Both Comcast and Verizon kept stalling, but work OK now (8 AM Wed EDT).
Posted by Bill Boushka at 8:05 PM