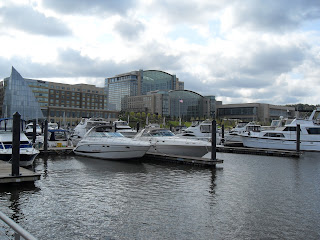 Tech Republic has a piece by Toni Bowers, “Introverted Employees Make the Best Leaders”, link here.  I don’t know whether she might have been thinking of Facebook’s Toddler CEO “Mark Zuckerberg”, who according to Leslie Stahl, is now “all grown up” as in a later interview on 60 Minutes in Dec. 2010, link here.
Perhaps introversion is a misleading word here. But a good leader is calculating, likes to think out, and express himself or herself well in writing (like on that first theme in English 101 when most students get D’s). And a leader is cautious enough, to see unintended consequences and potential traps.
Back in 2002, Marti Olsen Laney wrote a book called “The Introvert Advantage”, which I see I reviewed on my Books blog Jan 22, 2007.  75% of the world is extroverted, she said.   I’m not sure that Zuckerberg is that introverted in the usual psychology text sense, but he is so in terms of this article. The actor who plays him in “The Social Network” (Jesse Eisenberg) is definitely among the extroverted majority.
Posted by Bill Boushka at 6:17 PM