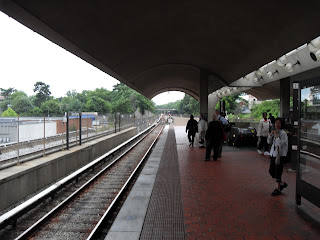 On Feb. 7, 2011, the Wall Street Journal, in an article by Stephanie Simon, explored the tendency for many states to increase licensure requirements in a wide range of trade occupations. The article is titled “A license to shampoo: Jobs needing state approval rise”, link (website url) here (may require online subscription for all content). One of the interesting examples is "music therapist".
It’s interesting that in Virginia, a teacher’s license for those otherwise degreed requires 180 clock hours. But in California barbering requires a year of study and a $12000 curriculum.
Libertarians have opposed licensure, saying that it raises costs to consumers (it does) and tends to express a value of protectionism, by keeping low cost competition and innovation out.
It is somewhat a matter of history that the same thing has not happened in Internet jobs or information technology in general.  Industry certifications are desirable in many areas but it seems not required so much.


There is an industry “Council on Licensure, Enforcement and Regulation” (link) which characterizes itself as the “premier international resource for professional regulation stakeholders”.  At least 1100 occupations require licensure in some states now, up from 800 in the mid 1980s. 5% of American workers were license-regulated in 1950, and today 23% are.
Former ABC reporter John Stossel has covered excessive regulation of individual employment and business activity.  About ten years ago he reported on cases were people were fined for writing at home (in New Jersey, Illinois, and even California, in violation of zoning laws), about regulation of African-American hair braiding in Kansas (requiring a cosmetology course), and a requirement for a commercial kitchen for a home-based bakery in North Carolina.
Posted by Bill Boushka at 4:59 PM