University study of "displaced IT workers" has valuable advice, roadmap for career rebuild (from 2005) 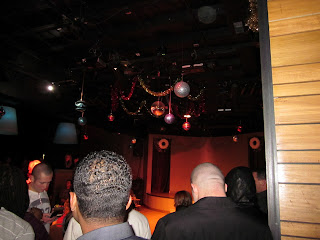 I found this position paper from 2005 from the University of Denver (pdf), “A Career Map for the Displaced IT Worker”, by Jennifer Tierney, Capstone Project, link here.

The paper notes a severe drop in IT hiring and employment after the 2000 recession started (particularly after 9/11), and a failure to rebound in a normal manner for a number of factors, including outsourcing or offshoring, controversy over H1-B immigration, and confusion among employers as to the skill sets they need. There is a comparison to earlier paradigm shifts in manufacturing. The one area with the biggest demand (as of late 2005) was to be security. There is a lot of discussion of published BLS surveys.

Perhaps another reason for “displacement” is decentralization of computing, self-publishing, and social networking, and the growing tendency to depend of open source and “free content”. But that is a trend that could reverse, as I have been discussing on my main blog.

Picture: This bar was trying to design a “solar system” with ceiling Christmas ornaments, as if to celebrate the recent NASA announcements about Gliese, which might have planets supporting life.
Posted by Bill Boushka at 8:51 PM