Can employers "retaliate" against fiancees and spouses? A couple legal cases in the pipeline 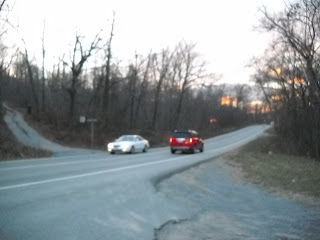 Robert Barnes has a story on p A3 of the Washington Post Dec. 8, Thompson v. North American Stainless, before the Supreme Court yesterday. Apparently Eric Thompson had been fired by the company when his fiancée (now wife) Miriam Regalado, filed a discrimination complaint. An appeals court had ruled that only the direct victim can file an EEOC complaint for retaliation.  The company said that the law, as written, does not protect "relatives" (even spouses) or those "on the sidelines." And what must the Judiciary do, "interpret the law"!

The link for the story is here.

J. Freedom du Lac has a story on the same page about a similar case involving Brown’s Buick and employee Kelly Ashley, when his fiancée Heather Barb filed a pregnancy discrimination complaint.
Posted by Bill Boushka at 7:02 AM

Thank you for this article..
John..