Should employers favor people with families? How should unpaid nightcall work for salaried professionals? 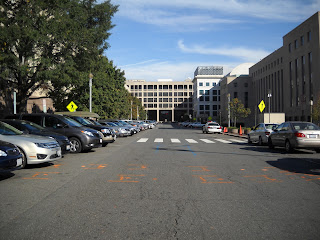 If employers voluntarily offer paid maternal or paternal leave, or more benefits to workers who have families with children, does this come at the expense of the childless?

Elinor Burkett had taken this question up in her 2000 book “The Baby Boon: How Family-Friendly America Cheats the Childless”, but there’s no question that employers, however good their intentions, would have a potential logical conundrum.

In the 1980s, I was in a shop (a credit reporting company in Dallas, which would eventually become Experian today) where everyone was responsible for his or her own programs or subsystems when they ran in cycle at night. (The only exception was that the shop had a “weekend programmer”.) Generally, this went very well, and I had few disruptions because of production problems, just after implementations. (Although once there was a rerun of some monthly billing because a programming error in assembler, regarding word boundaries, had caused some periodic fixed charges not to be generated.)

In the 1990s, with an insurance company, there was a rotating “nightcall” list, resulting in getting nightcall about every two weeks. The shop was not as stable, but it got much better over time. But there sometimes were some issues, as occasionally people did not take calls, and sometimes this was because of family issues. Some people were more likely to claim “comp time” for nightcall than others. We then had a nighttime programmer, and a list of five people (including me) who filled in when she was out. The manager did increase the salaries of the five of us, but we were not paid overtime or given comp time for incidents; we “ate the risk.”

In general, salaried employees have been expected to work overtime at their own expense; and the Labor Department has been lenient with employers in IT in classifying IT professionals as exempt. Some people have questioned the practice, however.

By the way, Tory Johnson on ABC "Good Morning America" has said that employers should definitely take pains not to play favorites based on personal lifestyle. That works for "mainstream" employers only.

Picture: Department of Labor, Washington DC
Posted by Bill Boushka at 9:34 AM