DIA employee loses clearance, job with no due process or explanation; can it happen to others? 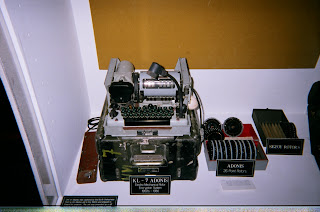 The story concerns DIA analyst John Dullahan, who was stripped of his clearance on Tuesday, March 17, 2009 (after Obama had taken office) without due process or explanation, and then fired (he was offered the opportunity to resign with benefits). It is rare for people to have clearances revoked with no due process, and usually, the story says, there is a grave threat to national security in the works. In Dullahan’s case, he had some social contact with Soviet diplomats in the 1980s and had fired an unusually invasive polygraph earlier in 2009 apparently with questions concerning those contacts. Of course, it’s interesting that the government would still be so concerned about Soviet activities in the 1980s, unless somehow they were related to the locations of loose nuclear weapons material today. Government probably will soon be in a position to use other polygraph or lie-detection techniques, such as MRI’s.

Most workers outside the world of classified information are covered by the The Employee Polygraph Protection Act of 1988 (EPPA), with DOL reference here. When I was working for a credit reporting company in the 1980s, I was told that polygraphs could be given, but in fact they never were.

There have been several incidents in my own life where there was adverse action taken without explanation. In September 1968, when I was stationed at the Pentagon while in the Army, I was suddenly and “mysteriously” transferred to Fort Eustis, VA, after my BI came back (with information concerning my William and Mary expulsion or “psychiatric history” at NIH .
Posted by Bill Boushka at 6:44 AM