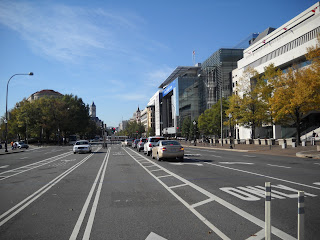 Michelle Singletary’s Sunday column in The Washington Post, “The Color of Money”, continues a discussion that I noted last week about security clearances, “The latest hiring hurdle: your credit history”, link here.

The Society for Human Resources Management (SHRM) maintains that this is a bit of a red herring (or “poisson rouge”). Only 13% check all employees, but 60% check some employees.

The article goes on to discuss that credit histories are important to lenders (during the subprime bubble, they should have become more important than they were), but shouldn’t be the business of employers until people are going to handle money or face “temptation”.

Instead, FICO and Vantage scores are starting to be looked at a mathematical, “well-ordered” measures of personal worthiness, in some cases.

One solution is to let employing agencies do the credit checking but keep the “hiring” clients out of the BI loop. In IT employment, that would be a good idea and prevent some potential conflicts of interest.

Unnecessary credit checking by employers could set up a vicious cycle, driving the unemployed deeper into debt.
Posted by Bill Boushka at 8:42 AM 1 comment: 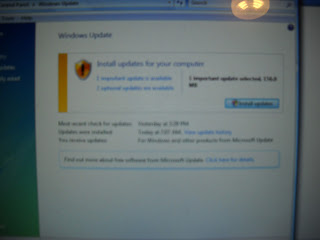 On a Windows Vista Dell XPS laptop, Windows update keeps trying to send me the Windows Live Essentials 2011 “important” update KB2434419. The update fails (allowing me to cancel it), saying I have a different “flavor” of Windows Live. But Windows Update center lists the update as “successful”.

Also, since this started, the computer sometimes hangs “shutting down”. It always reboots OK if I wait at least one full minute.

It looks like it’s back to Best Buy and Geek Squad to unravel Microsoft mistakes.

Why is Windows Live an "important" rather than "optional" update?

Here’s a posting about the problem in a Windows 7 environment. Some people say the update hangs all day. 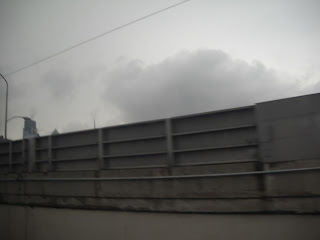 Posted by Bill Boushka at 6:38 AM No comments:

Foreclosure crisis and suspensions could jeopardize many TS security clearances; what about DADT? 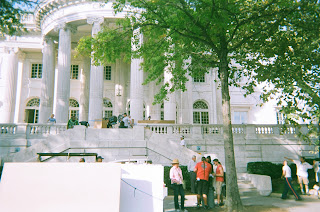 The confusion over foreclosures, including the various freezes at many banks, may be jeopardizing high level clearances of some federal workers and contractors. About 854000 employees have top-secret clearances, and a third live in the Washington area.

The Washington Post story appear on p A15 on Thursday, Oct. 21, and is by Dina ElBoghdady and Dana Hedgpeth. The link is here.

Federal standards for clearances consider inability to live within one’s means as a security risk. But the standards did not anticipate a financial bubble and then crisis on the scale of the past few years, especially 2008.

However, some employees could actually benefit from the delay in foreclosures.

I applied for top secret clearances twice, once while stationed at the Pentagon when in the Army, and once when working as a computer programmer at the Washington Navy Yard in 1971. Both background investigations produced ambiguous outcomes. One interviewer asked me if I had ever been blackmailed. But for years, I was wary of jobs that required clearances because of my homosexuality. The situation for gay people started to improve in the late 80s or early 90s, about the time of the Persian Gulf wars. It’s obvious that the “don’t ask don’t tell” policy in the military could complicate security clearances, particularly if a soldier has a same-sex relationship with a civilian with high clearance. That would make a good idea for a movie script.
Posted by Bill Boushka at 10:33 AM No comments:

Some thoughts about "stepping up" when on the job, and someone else drops the ball 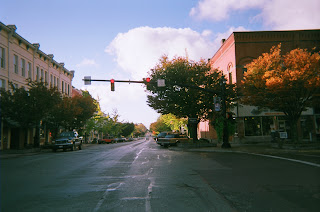 How often does it happen that we have to step up in the workplace, and take over when someone else has dropped the ball.

We can’t always. But there are times when we have to. Doing so can make or break a career or at least a future career.

It happens. People write systems and don’t document how they work too well. Someone in support gets a call ticket, has to take it from scratch.

Or a substitute teacher fills in for several classes, all of different levels of maturity, but the regular teacher has left the same lesson plan for all. The sub has to get in there and take over, and wonder what he signed up for. He has to be able to afford to look foolish.

What you need to step up for does depend on my background. In the substitute teaching example, I did have a background in piano, so I probably should have been able to play conductor for some sixth graders.

There’s another aspect of this in what we sometimes call “sales culture” or “hucksterism”. If you made a living off an industry (say, life insurance) as a programmer, you ought to be able to go out and sell what you made a living off of. You’re supposed to be the smart one to advise people how to take care of themselves, or you can “sort of” take care of them. In the past, that’s what social status meant. But now, this seems like going in and annoying people. In a technological society, people can do things for themselves; they don’t need salesmen. Or do they? We seem to have destroyed our need not just for person-to-person selling but for expertise altogether.
Posted by Bill Boushka at 3:35 AM 1 comment: 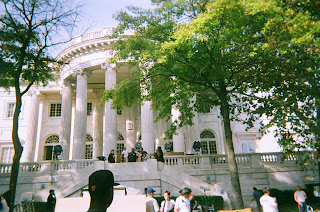 It talks about IT certification, which you can receive in from 1 to 15 weeks (not years). It tracked comparative demand for biomedical engineers, network and data communications analysts, applications computer software engineers (the largest area, probably incorporating mainframe), environmental engineers, and systems software engineers.

The printed Sunday paper had this article in an “advertising supplement” that at a distance looks like a USA Today paper.

But the job opportunities tend to be better for younger professionals, who received formal education in the most current skills or who got in on the ground level with something. Think about how Google and even Facebook got going.
Posted by Bill Boushka at 5:52 AM No comments:

I accidentally witnessed a job interview, in a public place 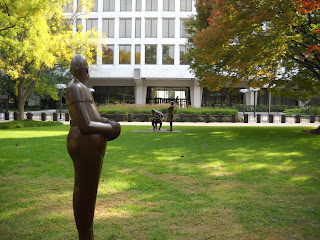 Well, while sipping coffee and eating banana bread in a kitty corner in a Barnes and Noble coffee shop in northern Virginia this morning, I happen to overhear a job interview in progress at the next table.

I could not hear what the precise job was, but the interviewer was asking the applicant about willingness to work flexible hours, and somewhere I heard a question from the applicant about paid training. I was a little surprised to “witness” an interview in such a public place.

But one time I had an interview myself, on Sept. 11, 2002, in the lobby of a suburban office building (off 494 south of Minneapolis). It was rather public. I had even brought some programming textbooks (on DB2, particularly) to demonstrate my background.

Later I would get feedback that I had “tried too hard.” But it turned out the client’s hiring manager didn’t really have authorization to take on contractors, as we had been told. Had the interview worked out, my life’s course might have been different.

Picture: Back side of the Federal Reserve, Washington DC, with a baseball sculpture.  I did have an applications programming (COBOL, CICS) with the Federal Reserve Bank of Dallas on July 10, 1981, my 38th birthday, an inteview that would accidentally lead to a new job at Chilton Corproation (now Experian) a few months later after the organizations traded resumes.  It does happen.
Posted by Bill Boushka at 4:01 PM 2 comments: 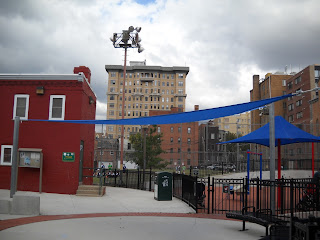 Sunday, AOL published a story by Lisa Johnson Mandell, “How the FBI and Better Business Bureau are cracking down on job scammers”, link here.

In a few cases, people have taken “at home” jobs “laundering” merchandise that turns out to be stolen and gotten arrested. It’s not clear if they could defend themselves from charges as accomplices.

These may be clever variations of well known “Nigerian-type” scams that arrive by spam email.

I got a “job offer” by email to be a Craigslist Agent a few minutes ago on AOL. It would pay just $100 a week and requires a mobile phone ready to chat. I have no idea whether it’s any good or not. I’ll have to look around and see if Craigslist posts warnings to the public about this. It sounds a bit phishy.
Posted by Bill Boushka at 11:16 AM No comments:

In a theaterm a recruiter calls, about obscure skills from the past 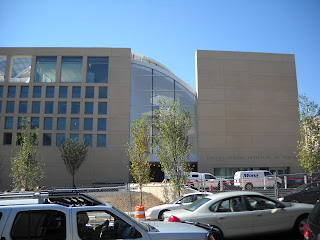 Well, while listening to Michelle Rhee talk in the movie “Waiting for ‘Superman’:, my cell phone (actually Blackberry), low on battery, vibrates, and when I get home, recharge it and check messages, I find out it’s from a recruiter who notes my resume talks about my “interim jobs”, but that she has a client in Nebraska (I think it's the state, unicameral legislature and all) that needs PowerBuilder.

Well, my PowerBuilder is nine years old, and it’s the kind of thing you need to focus on and do a lot. COBOL you don’t forget, but the newer stuff you have to do a lot and keep at it. “As time goes by” there’s less reason to actually do it.

I’m starting to wonder about that resume out there. It may have to become much more specific as to what I really “want”.

I remember back in 2002, that another "chum" wanted java but "got" Powerbuilder in Denver.
Posted by Bill Boushka at 12:14 PM No comments: