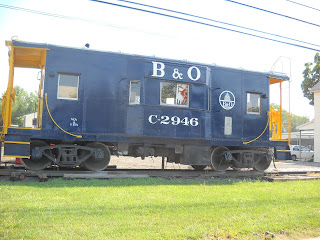 Kaitlin Malden has an article from Career Builder, posted on MSN this morning Sept. 1, “12 Ways to Get Fired for Facebook”, link here .

I covered a similar story in the Huffington Post on Aug. 6, 2010 on my “BillBoushka” blog, and yesterday (Aug. 31) covered “social media policies” and blogging policies on that blog.

This story includes an interesting new case about a teacher, fired (or forced to resign) from a Georgia public school district for vacation pictures showing her sipping wine on her own Facebook page. She will sue. She said “I did not think that any of this could jeopardize my job because I was just doing what adults do and have drinks on vacation and being responsible about it”. It seems that some school districts have a very low bar on “public role modeling.”

Other people have been fired for criticizing their bosses, coworkers, or companies on social media. In 2002, Heather Armstrong was fired from a software development company in Utah for comments on her own blog about her workplace, which she says did not identify the company. She went on to become famous for her mommy blog, dooce.com, which (with her husband as programmer/technical support) makes much more money than most jobs.

It seems some employers really will pull the trigger on off-the-job Internet postings that could affect business.  Libertarians are going to say that, with private employers, this is OK. Government employment (and public school districts) are a different matter.

(No, there's no drinking or drug use in the image above.)
Posted by Bill Boushka at 5:44 AM