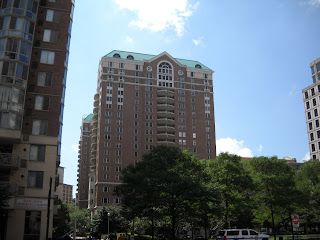 Tory Johnson did another report on using social media for job hunting on Wednesday July 21, in a report “Social Media: get your foot in the virtual door: use social media like Twitter and Facebook to get ahead in the jobsearch”, link here.

She suggested researching a company you’re interested in and “following” key persons in the company on Twitter. She says this is not “stalking” if you keep the tone conversational.

My own experience is that Twitter is particularly effective among artists, as to concerts, showings, readings, and general impressions of trends.

People do make impressions from one’s tweets. It can be positive. For example, tweets can leave the impression that one likes to cook healthful or low-fat foods or ethnic, particularly if one uses terms for unusual items (like “gravlax”).

She recommends checking the openings where your Facebook friends work, and using company profiles pages on LinkedIn.

Tory has hit the online reputation issue pretty hard. Back in 2006, before many people talked about it, she wrote an article “cleaning up your digital dirt”.
Posted by Bill Boushka at 6:23 AM