For novices, mandatory home wireless networks might be tricky 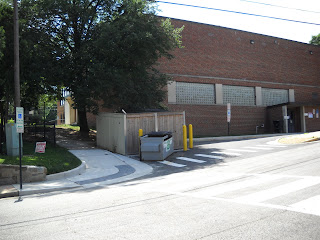 As people two generations younger than me lecture, you have to be curious and handy to survive in I.T. these days.

So it is, as I explained on the Network Neutrality blog this evening, Comcast (and probably other providers) wants everyone wanting to connect more than one computer (even one at a time) to high speed to learn to maintain a wireless network at home. That makes more sense for people living in McMansions than in Manhattan studio condos.

The directions, as I went over last week, leave some holes. It’s hard for technical writers to anticipate levels of external customer skill and how they will interpret directions in view of their current setup. The Netgear device ran into somewhat the same issues. The wired connection through the router will connect one computer in a “conventional way”, and you can go to any website, including the one Netgear gives you to set up your wireless network. (You don’t have to use the CD.)

Once you get started, however, Internet access outside the Netgear page remains blocked (from any browser) until you complete the wireless installation “completely”, even though it seems that the primary computer still uses the “wired” connection through the daisy chain of Ethernet cables. You need to know stuff about your ISP, whether you already have a user name, etc. Finally, you have your Internet connection again, but there are two “Apply” buttons on the final screen, and it isn’t clear which one must be pressed, and it doesn’t tell you that you have applied your changes. It does let you “test” the connection first.

If you go to another laptop (Dell Inspiron), I find that Verizon’s VZAccess Manager finds the wireless network that you named, but won’t accept the password unless it’s encrypted. But the regular windows wireless wizard does accept it, and it works.

Tonight, both machines prompted me then to install suddenly downloaded Microsoft updates (about 18 of them, including big ones for .NET). Both machines restarted and reconnected to the Internet properly. On a warm restart, VZAccess manager respects the connection already established.

I couldn’t get an external USB Wireless card to work on an older 2003 desktop yet (to connect it); that will wait until tomorrow.

Parents will need to learn wireless networking skills to monitor their kids, and work-at-home employees may have issues mixing work with personal over a network; people with employees in the home (like nannies) might have to provide wireless networking, too. They'll have to manage userids and passwords, like real companies.

There was a brief power outage with a thunderstorm today. The modem and router came back up normally and worked properly about three minutes after the power came back, with no intervention on my part. But I probably should hook them into a UIP rather than just a surge protector.
Posted by Bill Boushka at 7:13 PM