1999 was my last year of mainframe 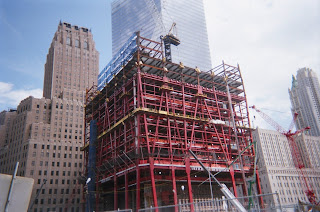 I’ve often thought that the year 1999 marked the time my career went off-track. Yes, we spent time testing some mainframe applications (COBOL and Assembler) for Y2K and that was pretty straightforward and really going through motions (including boxing up the printouts of the parallel tests for iron mountain storage somewhere and filling out the paperwork).


No, the year before (1998), in which I recovered from an acetabular hip facture while missing only three weeks work and never looking back, I had implemented a new NCOA (National Change of Address) interface, with mainframes, a feed from the USPS and a Windows NT PC (good technology for the time), and the year had been a success. (Okay, I could have done a better job of paramterizing some IMS PSB’s so there would be no hard-coding.)

But in 1999 I was part of a conversion from IMS to DB2, and because of a family matter back home 1000 miles away, I lost my edge. I really needed to get into the DB2 and get good at it, specialize in it, so that there would be gigs in a post-downsize, post-9/11, post-Y2K world.

Instead, in 2000, I moved over to supporting the mid-tier and end user customer GUI, which I had not developed. I never got good enough at the Powerbuilder and java to be able to sell it. I should have stayed in the mainframe. I’d probably be working in it today (even at 66) if I had.

It turns out you have to specialize in something, let it be DB2, MMIS, welfare systems, or even older databases like IMS and accumulate years of experience and go around the country, living in corporate extended-stay apartments and sell yourself on gigs to make a living with a mainframe background.
Posted by Bill Boushka at 6:48 PM

I have gone through this blog. I found it very interesting and helpful. Now a days I am doing my work from my home only.
And this blog is really doing great for me. And got extra income from my home.