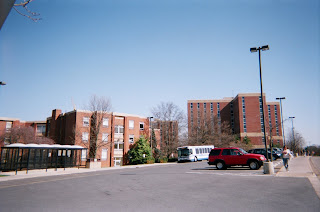 The May 2010 issue of Car and Driver offers a prospective article indicating that most new cars will offer voice-operated Internet within five years. The article does not seem to come up online yet, but an article from March 2009 about the Cadillac CTS offering mobile Internet appears, here.  I saw the print article at a Koons Ford this morning while having a car inspected and having an ignition key duplicated (with the programmable security chip).

The development is important for two reasons. One is that states are increasingly concerned (in some part because of Oprah Winfrey!) about distracted driving, and some surveys have found that cell phone users who have hands-free holding devices built in do not necessarily have fewer accidents – the mental distraction of conversation is as important as the mechanical distraction.

So how will the distraction of car web access play out? For one thing, some items (like movies over the web wireless) may be available only in backseats. But Internet access can amplify safety, too; for example, it could warn drivers of the presence of a pedestrian or cyclist from the cell phone signals.

The article would point toward where some of tomorrow’s IT jobs will grow. People with future jobs programming these features are probably in high school and college today. But it’s a pretty good kind of input as to how the education curricula for tomorrow’s IT and engineering professionals need to be set up. The growth of technology and consumer interest seems to outstrip all the politics of auto bailouts.

On April 12, AOL offered an article "Should we worry about the electronics in our cars" here, and it is quite detailed as to the sophistication of s and firmware oftware today.
Posted by Bill Boushka at 8:46 AM