A job should be a career, eventually 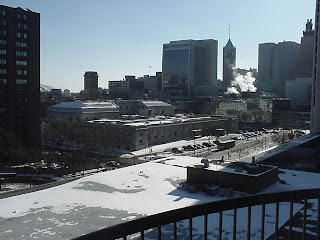 Back in the summer of 1973, after a new manager had taken over the marketing branch of Sperry Univac in northern New Jersey where I had gone to work as a “systems analyst” in September 1972, the manager gave me his evaluation and said, “the most important thing to me is that you have a career”. He did say that I had a “talent” for developing things and seeing them through to the end, through implementation.

The dark side of the comment was that I didn’t have a “marketing profile.” Univac then was #2 in mainframe computers, and with all the simplicity of its Exec 8 operating system and command-like JCL, it never could catch up with IBM. The hidden message, from an assistant manager, was that I had 90 days to find a transfer within the company.

I did find that in October, and wound up on a big benchmark in Minnesota anyway in early 1974, for Bell Labs. That would be ironic as eventually I would live in Minneapolis, but with another company (ING-ReliaStar) from 1997-2003.

In 1974, in fact, I would join NBC in New York City (at one of the only seven Univac installations in the City; another one was Pace College, and still another was the American Stock Exchange), as an applications programmer analyst, and my career took a direction that, in retrospect, gave it stability for almost the next thirty years.

I still remember that manager’s comment about “a career”. The last movement of Shostakovich’s Thirteenth Symphony is based on a poem “A Career” by Soviet poet Yevtushenko, and the logline is, when translated, “A certain scientist, Galileo’s contemporary, was no more stupid than Galileo. He knew that the earth revolves, but he had a family. And when he got into a carriage with his wife, after accomplishing his betrayal, he reckoned he was advancing his career, but in fact he’d wrecked it.”
Posted by Bill Boushka at 5:20 AM