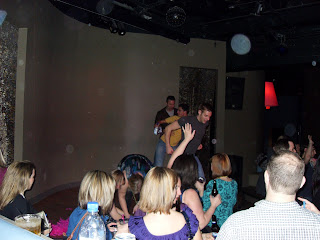 Harvey J. Shulman has an improtant op-ed on p 8 of the Sunday Opinion Section of The New York Times today, February 21, “Our Low-Tech Tax Code” and its effect on information technology workers.

Shulman talks about a law called Section 530 from 1978, which allowed companies some reasonable basis, rooted in consistency, to let programmers remain “self-employed”. But in 1986 a law called Section 1706 took away much of the protection for staffing firms, that had come into common use in the early 1980s.

In my experience, I hear a lot about staffing firms that offer the choice between W-2 (hourly and overtime, no benefits, but tax is withheld) or corp-to-corp, where one is an employee fully salaried by the staffing company with benefits. The political and legal climate is exerting considerable pressure on staffing companies to provide benefits. But for some technologists, being salaried might create some conflicts of interest. The article points out that the law and IRS action in 1986 might have shut down a lot of budding entrepreneurs who might have formed their own companies, able to employ others.

Remember, 1986 is the year that a notorious "tax reform" act was passed to eliminate passive real estate shelters, and it created more problems than it solved.

The link for the Times op-ed is here.
Posted by Bill Boushka at 3:53 PM