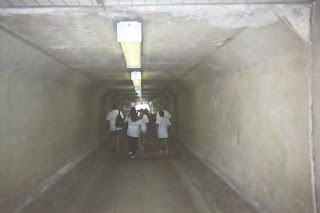 MSNBC has a story by Allison Linn about the effort that the Census Bureau will face soon in hiring 1.2 million temporary workers to help conduct the census. The link is here, title “Census workers wanted, local roots preferred: Officials face daunting task of hiring 1.2 million to canvass neighborhoods“.

The Census tested a large number of people in groups over 2009, and offered some temporary clerical positions and some “supervisory” positions. (A few started as early as the beginning of 2009.) The story would make it appear that a major hiring effort for street troops is yet to occur, and that actually doing the hiring may be a major task for those who have already been tested and who may be offered jobs in early 2010. The high unemployment rate may make temporary census jobs more attractive to some.

Here is the brochure on temporary census jobs (link).
The bureau will particularly need bilingual employees (for specific neighborhoods).

Here is the link for the current 2010 application forms, I-9 information, and practice tests (URL).
Posted by Bill Boushka at 6:54 PM