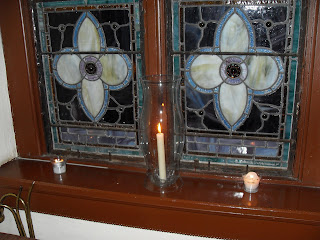 Law professor Eugene Volokh at UCLA Law School has a worksheet and whitepaper on “Freedom of Speech vs. Workplace Harassment Law – A Growing Conflict”. The link is here. The source is older: the original seems to be “Cite text as Eugene Volokh, What Speech Does "Hostile Work Environment" Harassment Law Restrict?, 85 Geo. L.J. 627 (1997).” There is a sublink for cyberspace issues near the top of the link, and another sublink on “breadth” that appears very important. He argues that there will necessarily evolve constitutional conflicts between the First Amendment and workplace law. He also proposes that the law should make much more distinct between one-to-one vs. one-to-many speech. I agree, this is a constructive approach, as the problem evolves in a world of social media.

Volokh argues that the vagueness of employment harassment law increases its breadth and that official “pervasiveness” requirements are ineffective and may have unintended consequences. He gives many examples of workplace speech that does not sound patently offensive to most people that still resulted in litigation. For example, he says that if someone spreads anti-Semitic views among co-workers whom he knows won’t be personally offended, he is still contributing to a hostile work environment because others lay learn of his attitude through the grapevine. Any statements made "at work" can lead to legal problems.

What about statements found on the public Internet, perhaps from search engines, and known to be authored by someone at work, especially by a manager who has authority over workers? Common sense would lead one to imagine scenarios (and maybe make them into screenplays or films!) where this could lead to serious consequences. This is related to other problems like “online reputation” and “implicit content.” The problem could be compounded by the fact that people interpret context and infer the purpose of others so differently. One partial solution is, of course, installing stringent filters at work, banning non-business use of the Internet, and perhaps blocking specific sites, including social networking sites, or personal sites known to be by other employers or managers from work computers to avoid the indirect inference of potential harassment. On the other hand, some jobs by their nature require the use of social networking sites as part of the job. Even so, employees could find material they believe to be prejudicial (perhaps believing incorrectly) from home, and this could conceivably lead to legal consequences down the road. That’s one of the reasons why employers should have blogging policies, especially for management employees. It does seem to be true that if the troubling material is not mentioned at work, that the employer’s situation sounds more defendable (hence “do not mention” policies as discussed on my main blog). You could pose the question: in an age of telecommuting (even more important given energy conservation and environmental protection), what does "at work" mean?

It does seem that hostile workplace problems develop retrospectively, based on how people perceived past statements or behaviors (as to their intention or purpose), rather than making something of unspecified potentialities in the future ("speech codes" notwithstanding). Nevertheless, the hostile workplace problem does go along with this notorious "don't ask, don't tell" style of thinking that developed during the Clinton years.

The Equal Employment Opportunity Commission (EEOC) statement on this issue is here. There is a considerable focus on suspect classes in EEOC rules.