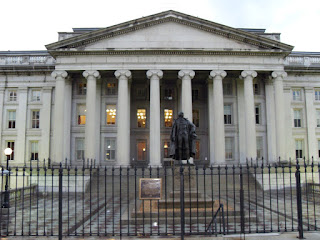 I’ll start this posting by giving the DOJ’s own definition of who is covered by the Americans with Disabilities Act, link here. “Under the ADA, you have a disability if you have a physical or mental impairment that substantially limits a major life activity such as hearing, seeing, speaking, thinking, walking, breathing, or performing manual tasks. You also must be able to do the job you want or were hired to do, with or without reasonable accommodation.”

Tech Republic, in a column Oct. 30 by Toni Bowers, has a curious warning that a recent court ruling in Indiana could encourage some employers to discriminate against obese people in hiring. In a case there, an employer had to pay for weight-loss surgery to correct a back injury that had occurred in restaurant work. As the column explained, the employee had incurred a “single injury” which the employer had to fix. Bowers points out that the Americans with Disabilities Act (ADA) does not include cigarette smoking or obesity .

Since I.T. work is usually sedentary, it would seem that this sort of concern(about health insurance) is much less likely to apply in an IT shop than in a workplace like a restaurant. In my thirty-plus years in IT, I almost never saw discrimination in these areas. I did not encounter discrimination on the basis of being single, which in the 1980s might have been viewed as a surrogate marker for an increased risk of HIV. Yet, in my three-plus decades, I saw or became aware of very few instances of catastrophic illness or claims due to any situation with an employee. Nevertheless, Bowers in her column talks about the possibility that some employers will be “paranoid.” Perhaps this is speculative. The larger and closer to the mainstream the employer is, the less likely this is to happen. Mainstream employers, in my experience, are very sensitive to being perceived as having discriminated, even in an area that is not covered by legally-driven protections. It will be interesting to see if Workforce comes up with a paper on this.

In many shops, there are one or more persons with some physical disability who are accommodated and turn out to be among the most reliable employees in terms of technical expertise and the ability to serve as the “last resort” in solving unprecedented technical problems. People with some sort of physical disability are often very intense in their interest in the technical world in which they work and develop arcane levels of skill and stamina. Companies do not do themselves a favor if they overlook this reality of the business, whatever the exact coverage of the ADA.
Posted by Bill Boushka at 3:54 PM