Should you "audition" for an information technology job? Georgia tries an experiment with "real jobs" 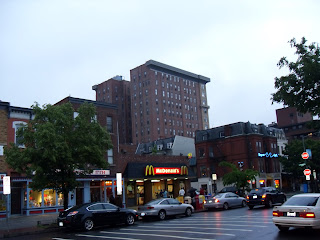 This past weekend, CNN has aired a story about people “auditioning” for jobs, as if one auditioned for a job the way one auditions for a role in a soap opera.

The specific situation dealt with the Georgia unemployment department. The state has a program with certain employers to let people try jobs for up to eight weeks before the employer makes a hiring decision or commitment. The applicant continues to collect unemployment benefits during the period.

I don’t know whether this is being done with any information technology jobs (as opposed to "real jobs", as a favorite female manager in Dallas called them in the 1980s). It could make sense in telephone or customer service support positions, as with cable companies or ISP’s, it would seem to me.

When I worked for a local insurance company starting in 1990, the company did hire “interns” from local programming schools for a few weeks and assigned routine “tedious” tasks like library cleanups. Fifteen or more years ago, private programming schools in every city (usually belonging to national chains) commonly offered courses in mainframe languages like COBOL.
Posted by Bill Boushka at 6:44 AM