Job Hunting Strategies are "In" and then go "Out"! -- when the show confidence and enthusiasm 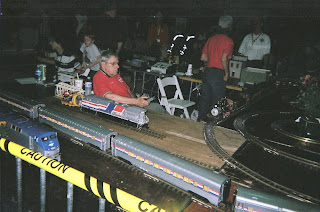 CareerBuilder and AOL yesterday (May 13) presented a “what’s ‘In’ and ‘Out’ on the Job Hunt column, and some of it is very worth passing along. It's not the same idea as "What's Hot and What's Not" that got passed around in 2002, after the 2001 recession.

They’re right in that you don’t need to worry about monogrammed stationary and French fold resumes, and the Sunday want ads rarely provide the leading edge on opportunities. I wonder if they ever did.

But there is a bit of a paradox. Your job search should be targeted to your talents, and yet it needs to be broad enough, to realize that there could be a variety of companies or needs that could employ your talents.

The big killer ap in the list is the gap in work history. Layoffs provided by very long periods of unemployment seem to raise flags – people are saying you should get out of the house and do something, even volunteer.

But that raises the question of the “Mommy break”. You have the stay-at-home mom who finally finds that the family (whatever Laura Schlessinger’s book says) needs her wages. Or you have the retiree in his 60s doing eldercare for parents in their 90s and staying home, and then having to go back to work. Our culture has not figured out what it wants to do about this.

The piece talked about using social networking for your search -- especially LinkedIn and professional networking sites, and Facebook (Myspace less so). The social networking paradigm has become so established that it is no longer practical for an "individual contributor" to lead double lives -- one in the office and the other on the Internet. Physical space and cyberpsace are "reconciled" (to use Clive Barker's terminology from "Imagica") and online reputation is a very real issue now. Networking in person matters, too, and this is hard for people tied down by circumstances. This is not a good time for introverts (unless they have the very specific "hot skills").

There is the issue of confidence and enthusiasm. That goes along with some job fairs mentioned in the media recently where people are urged to offer to intern or work for free. But, in that case, this has to be something you really “want” to do.

Would I have much enthusiasm, for example, working to raise money for a charity? That puts me on the spot. It would have to be a cause connected in some way to my own life and to the way issues had played out for me personally. I can’t go to bat for someone else’s cause unless I already have some standing in it – and then there is the old question that I’ve talked about on my blogs – objectivity.

That raises another question in mainframe contract work, for example. Many IT professionals view the mainframe as a dying skill. It’s hard to be “enthusiastic” about it. But you might feel differently if you have ten years of experience in MMIS and are the right fit for the next MMIS contract in another state. Or you might be able to sell yourself on a HIPAA-related job (with the Obama administration in command, there should be more of these soon) if you have personal experience with the gross inadequacy of the way medical records among different providers are managed today. Or maybe you have worked on NCOA (National Change of Address) and can sell how it could be the centerpiece of a system to prevent identity theft. And guess what systems are the most secure – mainframes!

So these suggestions need to be taken in a certain context.
Posted by Bill Boushka at 5:31 AM