Have you ever dreamed about computer programs you have written? 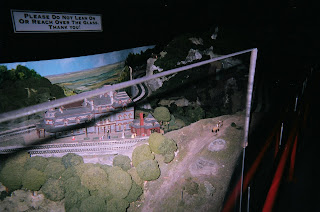 Last night I had a dream that I was back on a conventional mainframe workplace, somehow working as a contractor. Somehow a cat came into the office and sat in my cubicle. Then a user called and complained about an extra trace displaying to users in some sort of CICS transaction – in dreams, things can get scrambled. I somehow repromoted a command level program, and then another manager from the client called, and I really had a cascade of traces. I woke up, from deep in REM sleep, my heart racing, as it sometimes does after very vivid dreams.

I remember fifteen years ago that it, in batch, was very easy to use the COBOL DISPLAY statement to debug programs – much less effort sometimes than forcing a dump and analyzing it, even with Abendaid. Displays simply went to “SYSOUT DD SYSOUT=*”. If left in production, it simply was saved on SAR or DISPATCH with the JCL, no big deal. Or maybe an embarrassing “crime.” (That reminds me of the practice of using NOOP’s in IBM assembler, something people call “lazy code.”)

By today’s standards, such practices, often acceptable in inhouse systems, seem lazy and sloppy. But that’s because most systems are now developed by software houses, sold to clients, with code that has to fit exacting standards and be supplied and licensed to clients. In the insurance industry, Vantage is the leading system now. It “rules the world.”

Speaking a dreams, back in 1985 a coworker told me that she dreamed about an end-of-month implementation, where both of us got fired and our boss got demoted. There was a pink slip in our mailbox and on it was written “BA165”, a controversial inhouse ALC billing program in that shop (with a lot of code out of addressability and temporary base registers), being converted from DOS to OS.

The implementation went OK, however. It was my first implementation in seven years, that Sunday in September 1985. Those were the days, my friend. But they did end. Until last night’s dream.
Posted by Bill Boushka at 5:59 PM