Make a career switch to nursing? Hold that thought! 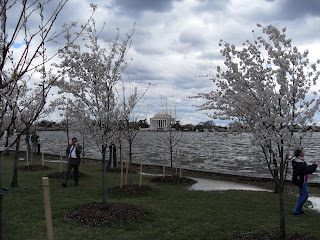 Not necessarily so, it seems. We’ve heard again about teacher layoffs in recession-plagued (and particularly foreclosure hit) school districts, and now we learn that not even nurses are immune. Ashley Halsey III has an article in the Metro Section of the Washington Post, “Jobs Scarce, Even for Nurses: Economic Crisis Freezes Field Once Short of Workers,” Sunday April 5, 2009, Metro Section, p C1, link here.

Some hospitals have low “vacancy rates” even in medical and surgical care. However, many experts expect the nursing shortage in many areas to come roaring back as the economy recovers.

Laid off manufacturing workers at mid life, particularly in rust belt states like Ohio and Indiana, have, with state programs, sometimes gone to nursing school and made very successful career switches.

Of course, the one area where it’s obviously easier for companies to “procreate” openings is commission-only sales. Not to everyone’s temperament.

One other thing. I.T. seems to be such an exacting field of work, where perfection is demanded and mistakes are not tolerated, and all-nighters are common. Just try medicine, with its "Universal Focus".
Posted by Bill Boushka at 6:13 AM