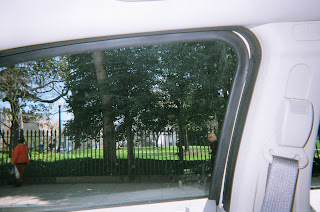 The federal government, in job application forms, does ask point blank about whether the applicant has ever been fired for cause from any job in a certain time period.

The Census job application form, Section F, “background information”, asks (item 27), “During the past 5 years, have you been fired from any job for any reason, did you quit after you were told you would be fired, or did you leave any job by mutual agreement because of specific problems?...”

In fact, even back in the 1960s, as I recall, the Civil Service Form 171 (Qualifications Statement) asked a similar question. Particularly grating is the attempt to delve into “off the record” agreements to resign from a job.

In fact, HR departments generally will not discuss a terms under which a previous employee left, when “semi-voluntary”. But what may generate questions is a candidate’s departure from a previous employer in a time, perhaps before the current economic crisis, the employer was not under financial distress and was continuing to hire and, in fact, would have replaced the employee.

I suppose that an agency could look online to see if someone, out of a sense of grievance, had discussed his firing on a blog or social networking site.

I have not noticed this question on any of the agency on-line question scripts on USAJOBs.
Posted by Bill Boushka at 8:15 AM