The scoop on how to apply for census taker jobs 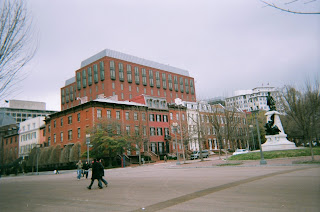 Some people, including retirees, may be interested in applying for temporary “census taker” jobs for 2010.

I talked to the Census people today, and this is what they said.

Go to this link for the major application forms and maps of local offices. (Note: Look at Dec. 22, 2009 blog posting here for updated link if that one no longer works.)

In many areas, the “first wave” of testing has been completed. But there will probably be “second and third” waves of applications. I was surprised that the processing of applicants had started more than a year ahead of time. If testing has been completed in your area, you will be put on a waiting list by phone number. You come in, fill in the application (which you can download and print from PDF format and pre-fill), and take a computerized assessment test. There will be many assessment centers in every area.

Most positions will start in April 2010 and will run a few weeks. Some jobs will run longer. There will be supervisory jobs which may be short, but some temporary appointments could run as along as one year.

This may be an odd placement for this information (the I.T. blog), but it would seem that over time Census should have more I.T. needs. Keep looking at USAJOBS.
Posted by Bill Boushka at 2:49 PM

About.com choose 3 websites where job seekers got the best results -

For those looking, good luck!