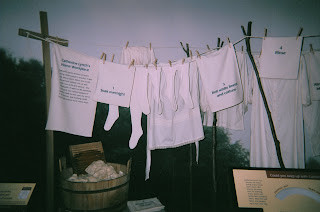 Derrick T. Dortch has a “Jobs Chat” column in the Jobs Section (page K1) of The Washington Post, Sunday, February 22, “Breaking into Defense Without a Clearance”. The link is here. Dortch is president of the Diversa Group, which helps with government job searches (especially for former military).

Dortch says that many agencies (apparently including the actual branches of the Armed Forces) will hire civilians and process clearances for them. Indeed, when I was hired by NAVCOSSACT (Navy Command Systems Support Activity) in 1971, it processed my Secret clearance and that took about five months. Most defense contractors will not hire people without active clearances, but a few will (and mark the jobs “clearable”) for skill sets that are rare enough.

It’s possible that the government will have to consider accelerating the clearance process. That’s because of the asymmetric nature of today’s security perils (especially in areas like cybersecurity), and agencies like the FBI or even the NSA or CIA might be in a position to benefit from the experience of “amateurs” who have developed some specialized knowledge of specific problems on their own.

However, some supra-top secret (SCI) clearances are very difficult to get and require polygraphs, even though polygraph evidence is generally not admissible. (I wonder if the government will use brain scans in the future for lie detection.)

It’s also true that older computer professionals may have stayed away from jobs requiring clearances in the past for various reasons. Three decades ago, LGBT could not get or had difficulty getting security clearances. Even with the “don’t ask don’t tell” policy for gays in the military, civilian employees of the services (even those in deployment zones) are not supposed to be affected by the policy and are supposed to be hired without sexual orientation discrimination. However, in practice, previous possession of a clearance and previous military service helps one get the experience to be desired for a cleared job today, so there is definitely an effect of “legacy discrimination.”

Dortch will hold an online discussion “Government Careers: Applying for Federal and Security-Related Jobs” on Wednesday March 4, 2009 at 11 AM on the Washington Post.
Posted by Bill Boushka at 7:20 AM