Health Care may offer the largest number of jobs in recession (I.T. or not) 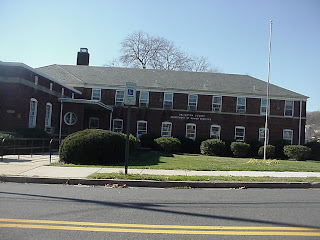 Ali Velshi and others on CNN “In the Money” discussed the side “Health Care Jobs” today. 20% of all new jobs in the United States are in health care. Many jobs apparently require only a high school diploma. Home Health Aides make about $20 K a year and provide personal care. Some of the jobs are “live in” that tend to appeal to immigrants or poorer people. Moving up are doctor’s assistants, making about $27 K a year, who do the administrative work in an office (billing, health insurance and Medicare submission, appointments, charts, tests, prescriptions) and also setting up Medical examination offices and sometimes assisting with medical tests. The show said that people could work as pharmacy assistants for about $26K a year with two years community college, that people could become nurses (practical nurses) with two years training.

Previous television reports have covered mid-life career switches to nursing, sometimes with the help of government programs, in rust belt communities displaced by plant closings. Most of these jobs require working "intimately" with people rather than abstract things.

I have also heard people talk about courses in medical billing and procedure coding jobs.

The CNN segment made a lot of the observation that health care jobs can’t be offshored (except maybe some of the procedure coding jobs), although that’s not strictly true. Radiologists overseas sometimes view examination results by broadband.

The idea of such a career conversion post retirement may be much more problematical, since it still requires extensive training, not always practical for people in their 60s.

I’ve had two information technology positions in health care. The first was COBOL programming for Medicaid MMIS Mars Reporting at Bradford National Corporation from 1977 to early 1979 in New York City (on New York State Medicaid). Management always said that health care was a good career move. I made the move to switch to IBM mainframe from the Univac 1108/1110. Then I moved to Dallas and worked on the Combined Medicare Project, sponsored by a Blue Cross and Blue Shield consortium, and did back-end utilization review reporting design, but we never implemented because the project was canceled.
Posted by Bill Boushka at 2:12 PM

Do you know of any cobol job openings in the Healthcare sector in Dallas?