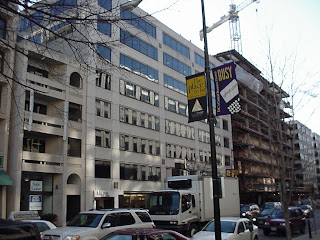 Earlier this week, home finance guru Suze Orman talked on Oprah about family chores and allowances – she preferred that parents pay a small per-minute wage for helping the family out.

She said this is necessary for learning good work habits, what my own father used to call “learning to work” when he would fine me 10 cents for missing a string of taller grass when mowing the lawn.

In information technology, however, work habits take on several meanings. In the consulting world, it takes on a lot of concerns about following development and implementation methodologies precisely, and in coding habits. Since much more code today is written by software vendors rather than in-house (compared to how things were three decades ago) clean, consistent and self-documenting code according to strict standards becomes necessary. In the early days of mainframe computing, it took programmers (myself included) some time to digest the expectations of maintainable code and of following coding standards. Often we wound up maintaining someone else’s “spaghetti code.” Another aspect of work habits was following implementation procedures correctly. Modern automated source management (like Endeavor) guarantees the integrity of what is moved to QA and then to production, but staff has to pay enough attention to learn to use it properly.

But in practice “work habits” refers also to a certain kind of self-discipline. It can include the ability to work under conditions or regimentation (the military being the extreme end-point) or usual hours, the old “pay your dues” concept.

It can also refer to the ability to deal with the tedium of guaranteeing absolute accuracy of something in a small but vulnerable environment. In early 1989, I remember spending three weeks hand-checking internal calculations (with listings, and very low tech, with no computer in the room) of a health care Medicare payments simulation model. This turned out to be a good thing when a client challenged us, and we were able to prove that a discrepancy resulted from the government’s COBOL code (we had the source) rather than ours. A few months later, when our small business was acquired under presumably benevolent circumstances (saving our jobs) I had to drive down to Richmond over a weekend (I was paid for this) and make manual open-reel copies on conventional tape of all of our files. Yes, that’s all simple JCL with IEBGENER’s and Syncsort’s and referbacks, but it had to be done exactly right, or we had no business. I printed hardcopy JCL listings and kept them under the mattress, rather like they were cash today. I drove them back along I-95 Sunday afternoon with the tapes in my trunk. In these days of data loss and identity theft, no company would handle something this way today, but “those were the days” long before such concerns. I got it right; nothing went wrong. A simple, repetitive job that had to be exactly right, with little use of innovative technology. Suze Orman’s lectures about workplace virtue (even as taught in the family) remind me of those days.
Posted by Bill Boushka at 8:20 AM