From programming to business, and perhaps legal, analysis: new trends in soft skills 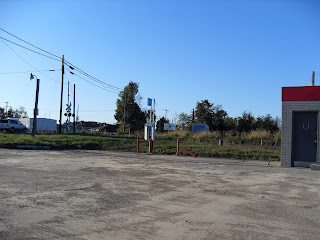 Susan Hawkins has an interesting short blog entry on Tech Republic today about the merging of career responsibilities in “information technology” and “business analysis.”

The piece is called “Are you an IT professional, a business analyst, or both, here.

Many companies, especially in financial services, have had job descriptions for “programmer”, “programmer-analyst”, “systems analyst” and “business analyst.” Since the 1980s, these jobs have tended to merge. At one time, a systems analyst wrote program specs for programmers, sometimes following a development methodology like Pride-Logik or SDM-70. Specs were often written in pseudocode, which tended to become much more like real code (especially given today’s OOP languages). The “programmer analyst” did his own specs and implementation.

Over time, companies started outsourcing much of their development to software companies like EDS, Perot Systems, Vantage (“rules the world”), Unisys, Computer Sciences, IBM, and the like, and eventually, especially after Y2K, to overseas companies. Although some of this activity may return because of economic conditions (and because of security concerns and the urgency of some projects, perhaps associated with the recent bailouts and credit problems), the information technology field has tended to shift emphasis toward architecture and business analysis, apart from those individuals who are very deep into specific coding technologies, where job requirements tend to be very narrow.

Business analysts can face a quandary. They may be assigned to develop systems whose assumptions they come to perceive as not sustainable. (Think of how the people who designed all the systems around credit default swaps feel now.) But what’s really interesting is the novel nature of the problems of tomorrow’s jobs, which may involve joining law with technology and public policy. Very few programmers have a real grasp of the long term legal and policy consequences of what they code and launch (just think about the origin of Napster, which took a teenage Shawn Fanning about 60 hours on a laptop). Knowing, with long term prescience, the right thing to do can be more challenging than knowing how to do it. That may be the next job market force.
Posted by Bill Boushka at 10:06 AM