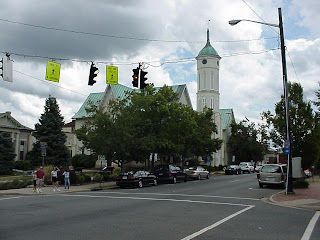 Well, I don’t know if it’s legitimate to say that a REM-sleep dream generates news, but last night I had a dream about what a return to work in I.T. could be like.

Somehow, I had a “work from home” job, telecommuting, writing little pseudo-conversational CICS programs to handle SEND’s, RECEIVES, VSAM updates, and user edits. But the job was timed more like what it would be for a reporter having a newspaper deadline to get a story in. I would not be able to completely test the transactions through some sort of PROCOMM emulator, so I would go ahead and promote them anyway through some kind of Changeman or Endeavor script that would come up. I would just hope for the best. Then an hour later or so (probably only a few seconds in real time – this was a dream, after all) I’d get a call from the boss scolding me for messing things up. I would get one more chance if I was to keep my job.

They say that in dreams you dress rehearse for future life’s activities. Maybe “dreamcatcher past” is prologue here.

Of course, there would be another consideration in such an arrangement. My machine would have to be clean, and not used for anything but “work.”

Back in 1985, a couple weeks before an implementation at a credit reporting company in Dallas with a large assembler project, I remember a woman told a story about a dream in which she got a pink slip, saying that she and I had been fired, and the boss demoted. Reason: "BA165". That was the name of a controversial assembler program, with lots of BAL code off R15, "out of addressability." All in an August endsummer night's dream, without Felix Mendelssohn.
Posted by Bill Boushka at 7:07 PM