Yes, some off-work activity can get you fired (what about blogging?) 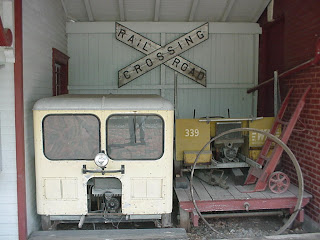 Toni Bowers, blogs editor for Tech Republic, provided an eye-catching article today, “Five off-work activities that could get you fired,” supplied by Larry Buhl of Yahoo! “Hot Jobs.” The link is here.

The article explains “employment at will” in private industry, as opposed to government, where an employee can be discharged “for no reason” although not for an illegal reason.

A few of the behaviors mentioned in the article could be
(1) dating relationships with customers or subordinates
(2) behavior that increases an employer’s group health premiums. There are more cases now of employers monitoring employee overweight and cigarette smoking (like Weyco), sometimes leading to fines, warnings or firings. Also, highly risky behavior (sky diving if not done professionally) that is publicly known.
(3) blogging, when it is critical of the employer or its clients or employees, or discloses trade secrets
(4) In a few cases, political activity that is embarrassing to an employer that is unusually sensitive to partisan issues. Obviously, if you work for a political party or a lobbying organization (or a “faith-based” organization), you should “be careful.”

The comment about blogging catches the eye, as employers, especially those who send people to clients (very common now in information technology) will start become sensitive to “online reputation” that clients can discover and employers may want the right to manage this. The documentary "Blogumentary" by Minnesota filmmaker Chuck Olsen, mentioned even as early as 2003 that people were starting to get fired for off-work blogs. There had been a well-known case at Microsoft in 2002, and of course we all know that Heather Armstrong, at one time working for a small web design company in Utah, originated the term "dooce."

Sexual orientation is not the issue it was a half century ago, as many “mainstream” companies have internal policies prohibiting discrimination based on sexual orientation and offer domestic partner benefits, even when local or state law does not require it, since they do business everywhere. Overseas, companies have to be sensitive to local culture and laws (even if religiously based). However, I know of at least one unusual case where a client in a rural state asked an employer to remove a contractor simply because he was gay. This is not ethically appropriate behavior by clients, but unfortunately it’s not always illegal.

There have been some notorious anti-gay discrimination incidents over the years, like with Cracker Barrel restaurants, and with DeMuth v. Miller, in the early 90s.
Posted by Bill Boushka at 12:15 PM