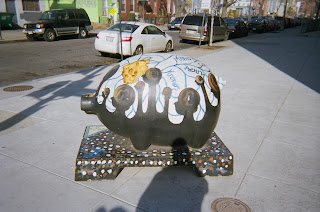 Recently, I’ve hit the topic of Internet safety and even “reputation defense” pretty hard on a couple of my other blogs. As I reflect upon the then endless days of my mainframe career in the 80s and 90s, and recall that all of today’s problems about prudent behavior online had their foreshadowings in the mainframe world.

Corporate email started coming into use in the 1980s, usually in a CICS region. SYSM was the best known product, and often there was a separate region called SYSMCICS. In those days we had a variety of session management products, like VMan and TPX.

People learned quickly that emails could be forwarded and saved forever, and wrongly conceived emails could have consequences. Back in 1992, I wrote a SYSM about the sharing of dial-up software on diskettes to be taken home for Nightcall, and that generated some resentment. This was in the days that software copyright was just becoming a serious topic.

Right around 2001 or so, companies had big legal debates on the retention of emails. Some companies thought it was safer to discard it. However, in 2004 the federal government started requiring employers to retain email of employees for discovery purposes. A typical resource. Microsoft has a blog on email retention here. "Big I, Little T" has a 2007 article on email discovery practices. I see that I had written about discovery requirements and the TorrentSpy case in June 2007 on another blog, here.

Voicemail came into being in most shops around the late 80s or early 90s with sophisticated systems. Typically, one could play back a message verbally before sending it but then there was no way to save the voice mail messages you had sent.

The mainframe world actually had a form letter-writing application, called Napersoft, and it usually had its own CICS region, too. Batch cycles would generate form letters, filling them in from data pulled off of VSAM files.

In those days, people were told to guard their passwords and to sign off mainframe terminals when they left their desks; they could be responsible if anyone misused their sessions.

CRT 3270 terminals, however, owned their intelligence with “play keys”. People could code their entire signon scripts, including passwords, into the terminals.

Another cultural problem occurred when people started working on terminals all the time to enter documentation. I had saved some notes on a scratch pad in 1981 on a small IBM mainframe, and a librarian picked them up and published them as if they were a legitimate program spec, causing great embarrassment.
Posted by Bill Boushka at 6:32 AM