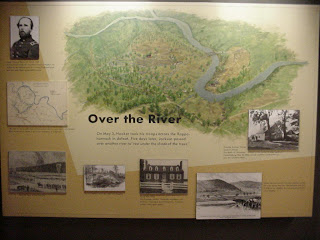 It seems as if I stumbled into information technology as a career as a safer choice than music and piano, especially in a Cold War world with a draft. I actually got in on the government’s dime. Although my first formal job was at the National Bureau of Standards (at Connecticut Ave and Van Ness Streets in DC – now the site of the University of the District of Columbia but at the time, a brick building campus that would become Federal City College -- complete with underground tunnels) from 1963-1964 as a GS-4, as a chemistry laboratory assistant (rheology, measuring viscosity of standards oils) – the first job to launch me somewhere was at the David Taylor Model Basin, now known as the Naval Ship Warfare Center, in Carderock, MD, right where the I-495 Beltway crosses the Potomac. (The notorious Beltway was already there then.)

The job comprised Fortran programming on the IBM 7090, a predecessor to the 360 architecture. We spent every morning in training in the 1965 summer – a good deal to get a college level course on the government’s dime while being paid. The last summer (1967) I was a GS-7 because I had my BS from GWU. At the time, defense was all the rage, and the projects had to do with underwater buckling pressures. (A bit of positive karma or foreshadowing for my 1993 Norfolk “civilian” submarine visit that would be discussed in my book). We got to walk through the wind tunnels. We got a field trip downtown to see the “new” 360 that first summer. We submitted decks to compile and execute and had little reason to learn the “JCL.” There was also an assembler language called SAL and SLA, much simpler than mainframe MVS assembler that IBM would develop.

During the 1966-1967 academic year in graduate school at the University of Kansas in Lawrence, I worked on similar projects as a research assistant for physics professors, on a General Electric, with Fortran, and the technique was pretty much the same. At least I learned that there were other mainframe companies “trying” to compete IBM, a situation that would become more and more important as my “career” evolved. I think that the last movement of the Shostakovich 13th Symphony is called “A Career.”

In those days, we coded on sheets with columns, and turned them in for keypunching. Or we keypunched ourselves, and got good at it quickly.

In two years, man would set foot on the Moon. What at time.
Posted by Bill Boushka at 7:30 PM