I once was a hard math teacher 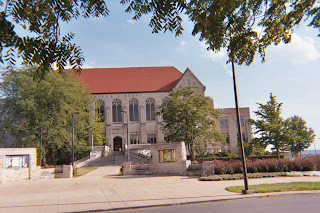 I attended the University of Kansas in Lawrence (aka Smallville) from February 1966 to January 1968, where I earned an M.A. in Mathematics. I wrote a thesis, “Minimax Rational Function Approximation.” There is some information on it here:

I also started the Spring Semester 1966 as an Assistant Instructor, and taught two sections of “Math 2A” which was high school algebra. The credits were labeled as “3&” which meant that the grade counted as 3 credits, but 3 hours would be added to graduation requirements because the material was remedial and below college level.

This was a sensitive issue off the bat. This was the Vietnam era, when there was a draft, and flunking out could mean being drafted and sent into combat. Nevertheless, I was hotheaded about it, and, I am sorry to say, a bit of am a-h. The schedule called for four tests and a final, and the first test was given during the third week. I made it way too long, but when I added 45 points to everyone’s grade the scale was reasonable for 90-80-70-60. The second test was more reasonable. I caught one student cheating by comparing test papers, and he was given an automatic F in the course. He even visited me in my dorm room in McCollum hall to beg for “mercy.” At midterm, I gave downslips to aout half the students, which was reasonable for a course like this. Nevertheless, there were multiple complaints to the administration, and I was removed as an instructor, although I was paid for the entire semester.

I worked as a Fortran programmer for the academic year 1966-1967, but was given another shot at teaching in the last semester, fall 1967 (ending January 1968), before I would be “drafted” myself in February 1968. This semester was completed without incident, and the grades were a little bottom heavy but typical for this kind of class. (There were some A’s). Then I would take my own Master’s orals, which I stumbled through but passed.

I had a couple of other grad students sit in my class and pretend to be students. One of them said that he did not think I was trying to “sell” mathematics or algebra to them. That’s an interesting comment, from decades ago, to compare to my recent experiences as a sub, at least in math class.

An earlier blog post here (April 15) talked about the ability of students to relate to abstraction. A book by Ruby K. Payne about the effects of generational poverty on academic learning certainly seems relevant. Review:

If I were to become a permanent high school math teacher (maybe to repair some bad karma from that 1966 semester), I certainly would keep the quizzes and test in the mainstream, and probably use standard tests or straightforward tests prepared with other teachers; preparation for the SOLs comes to mind. (I do have a bone to pick with too much multiple choice.) There would be no attempt to make them “hard”. However, skill in mathematics has to be developed by constant use and practice. Frequent short quizzes, that don’t have to be particularly hard, should help build confidence. They can be given with the intention of dropping the lowest couple of quiz grade or allowing makeups. But I think daily practice is the only way for many students to get over the mental block. Math cannot be crammed.
Posted by Bill Boushka at 3:24 PM