Poverty usually affects employability of boys more than that of girls 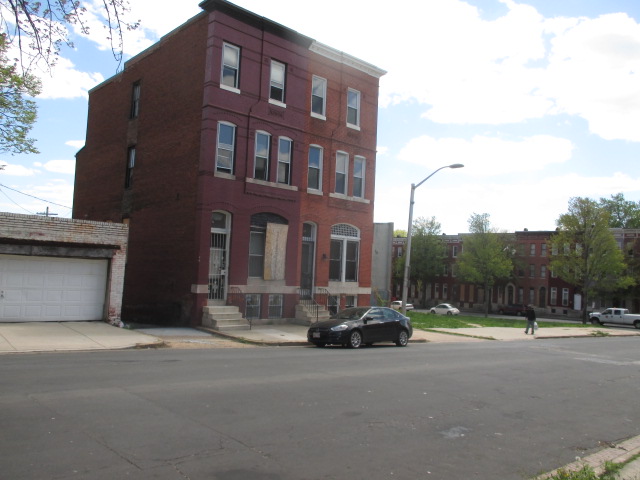 Emily Badger and Christopher Ingraham have a striking story in the Business section of the Washington Post, “Why do poor boys become jobless men?”

The story notes that in Washington DC and especially in the Sandtown area of Baltimore, poverty affects the ability of young men to become employed at all much more than it affects young women, who are sometimes actually more likely to go to work.  The lack of moral or emotional support for boys and the lack of grown male role models in these communities (with absent fathers and single mothers) is seen as part of the explanation.

I noticed something a few years back, working as a substitute teacher, that minority teens from poverty wondered why they were expected to learn academic subjects -- most of all algebra -- at all. They would act patronizing around me when I worked math "story" problems, as if they were an irrelevant mystery.

While we see more girls making spectacular achievements in the math and science and technology work world, it still seems that boys get the attention when they truly perform as prodigies – in areas ranging from physics, to coding, to music.

Employers apply increasing pressure on associates to use their wellness programs 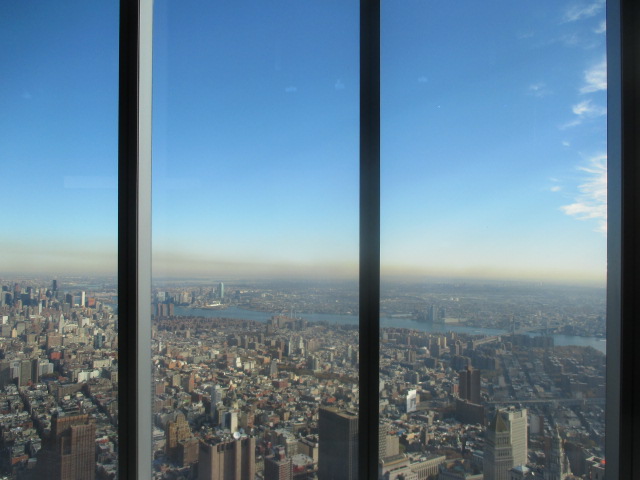 The report documents efforts by some employers to coerce associates to participate in programs, and to undergo biometric testing (including cholesterol, BMI, etc) or pay much more for health insurance.

When I was “working”, I had my own health club membership (I still do, LA Fitness, although I don’t go often enough – even when driving past one on I-10 west of LA one time).  Some employers had gyms, which I sometimes used.  But I would find “joining” an employer activity to be intrusive and disruptive of my own life.

My last "major" employer, ING, did offer a slight bonus for taking an annual physical, which I took on Dec. 7, 2001.  That was when hypertension was discovered, and I started on atenolol. On Dec. 13 I learned of the career-ending layoff. 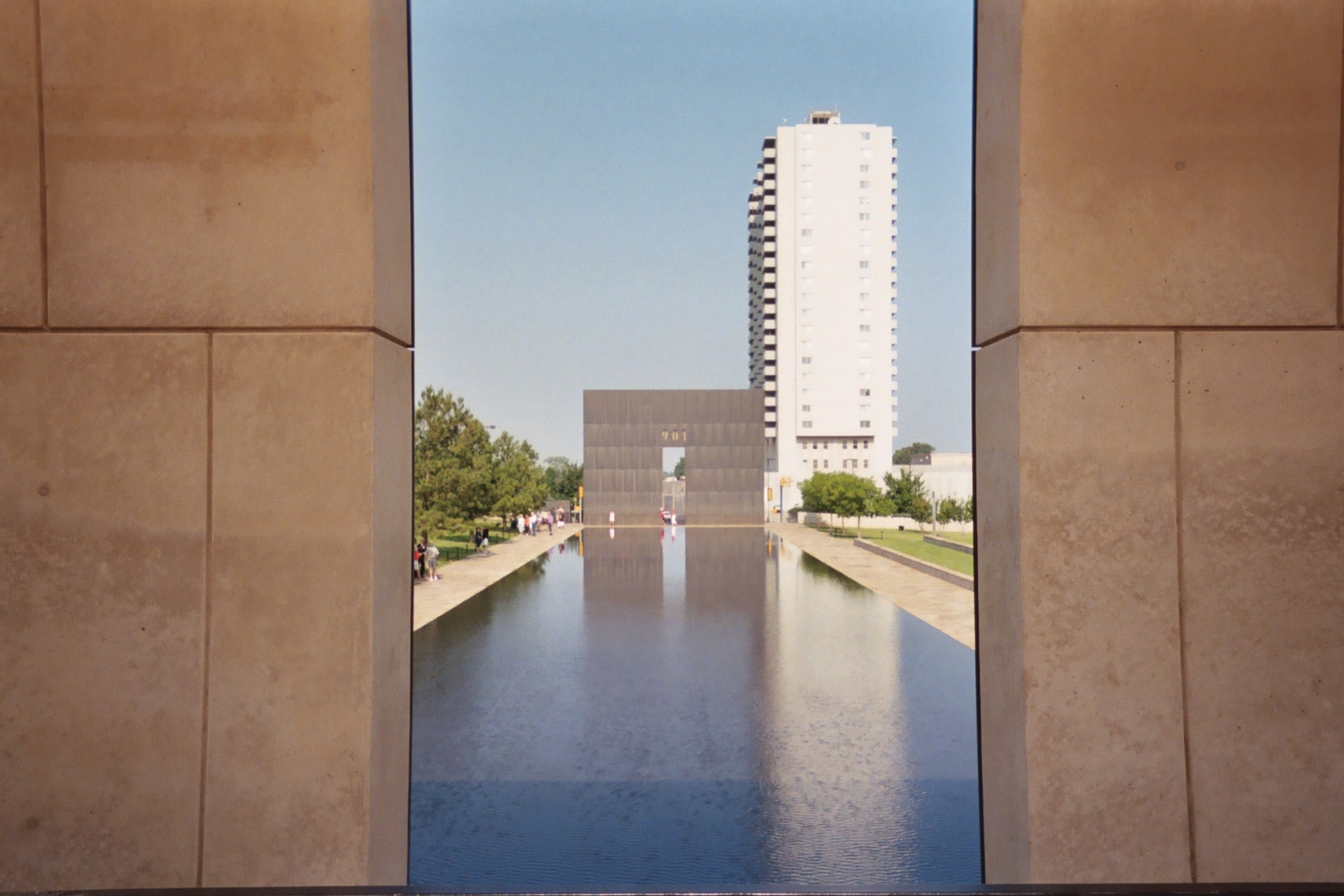 Oral Roberts University in Tulsa OK is requiring students to wear fit-bits and is keeping track of fitness points (NBC4-Washington report today).
Posted by Bill Boushka at 11:09 AM No comments: 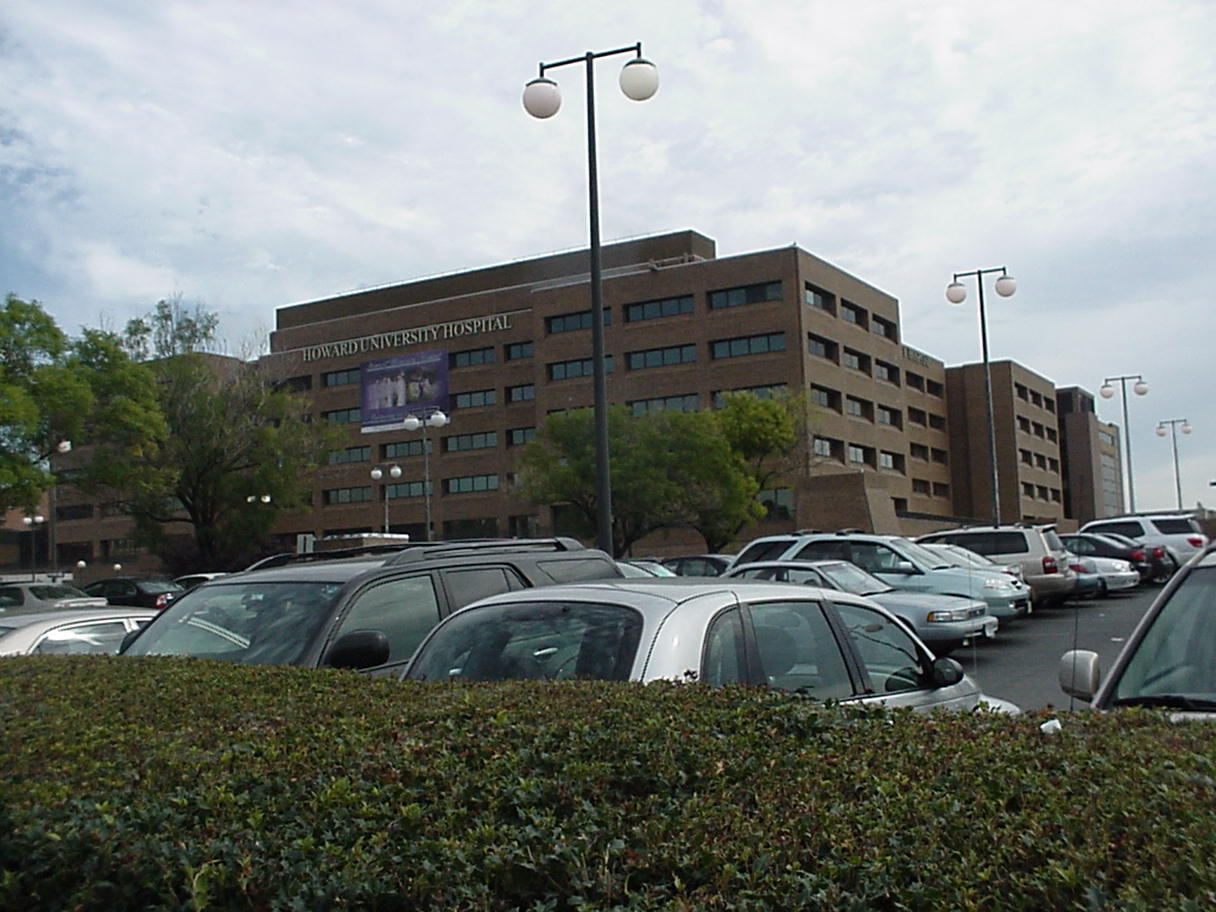 The article discusses a particular student at Howard University in Washington DC (very near the newly popular U-Street area with the Town and 930 Clubs) and the fact that a disproportionate number of African American college graduates came from traditionally black colleges.  The argument seems a little weak:  some formerly black colleges are now national institutions (like Emory in Atlanta, now a leader in medicine able to treat Ebola patients) and all major big name private and state schools seem to recruit minority students.

Posted by Bill Boushka at 7:38 AM No comments: 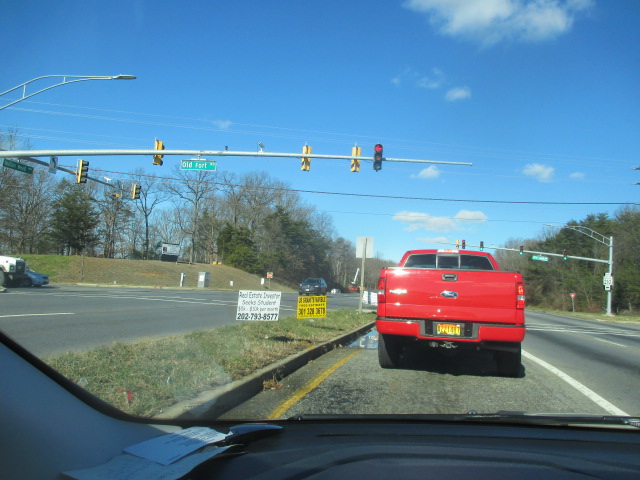 I wanted to pass along a suggestion from Nolan Lawson on Twitter:

Instead of giving tech interviewees a take-home test, why not ask them to fix an open-source project bug? (and presumably publish).

I do recall taking an “in class” essay test at an interview in 1989 for a support job at Tyson’s.  (I didn’t get it.)  And USLICO (in early 1990) gave a test as part of the interview, which included writing a few sequences of COBOL and assembler code.  Everybody hired, it was said, had written a good test.
The language certification tests (especially java) are a big deal, in the code that has to be written for them.

Picture: no, it’s not about the license plate, but the sign, where a real estate developer says “student wanted”.  Sounds like a come-on.  Get a degree in flipping houses?  (Location: southern Prince Georges County, MD).
Posted by Bill Boushka at 3:08 PM No comments: 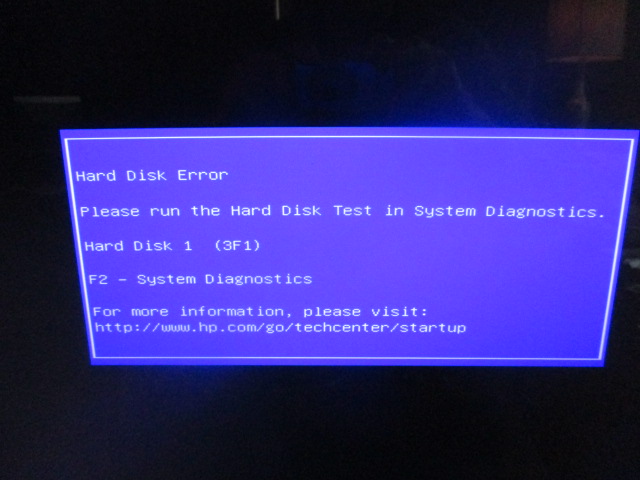 MY HP Envy, after Windows 10 installation in September 2015, still has some of the intermittent stability problems that I had with Windows 8.1.  The Geek Squad installed W10, and had to redo it as a fresh install (without affecting the data) because Windows File Explorer “Quick Access” would not populate thumbnails properly. 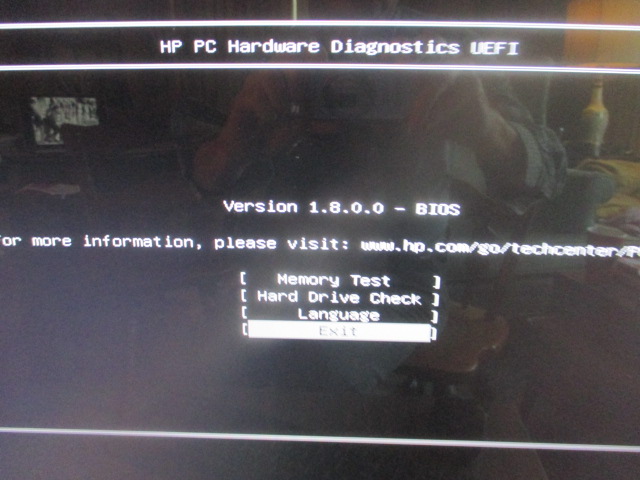 The pattern is still that if I start Windows 10 by simply powering up, it sometimes will freeze within a few minutes.  Hitting the power button always recovers the machine (Chrome resumes where it was, and Office goes back to the last copy I had saved).   Restarting the machine makes it more stable. 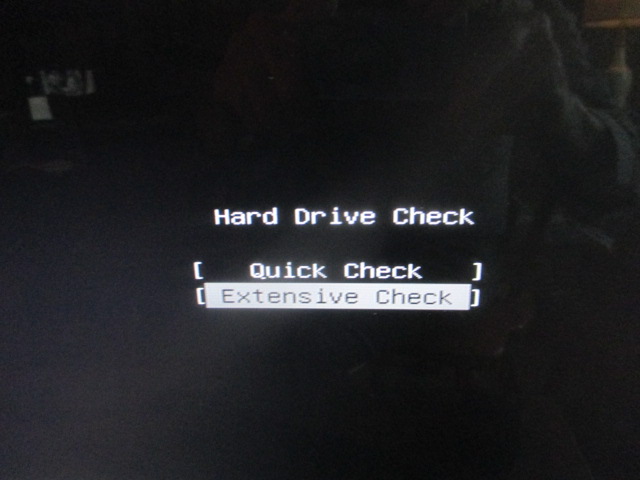 But sometimes, after working a long time, Windows will interrupt me with a forced restart over a “Critical Process Died” and then throw the blue “hard disk error”.  The power button always reboots the machine.  If I get two such crashes in a short time, the machine is usually stable for a long time after one more restart.

The HP disk diagnosis tool apparently is not available to Windows 10, as these screenshots show.

But on a couple of occasions, HP has run a disk check (scandisk) before starting the machine normally.  That would take around 5 minutes.  It would repair a sector at around 8%, and then again between 48-50%.

Microsoft doesn’t seem to have a clean explanation.  The forums are all over the map, for example.

It is possible that a hard disk error did cause the critical process to die.  But HP’s own auto disk repair, which has run a couple of times, ought to have fixed it.

It’s not practical to rebuild machines and operating systems at home all the time.  There is too much to do.  It’s also irresponsible for Microsoft to expect customers to do “free” upgrades that are likely to be unstable, when consumers have everyday work to do.

I do use Carbonite for backups (and check it).  I also make manual backups (on USB thumbs) of the most important files (several different copies), usually leave at least one in a safe deposit box, and also load the important files to another machine (not networked) with W8 that also has its own carbonite.  And I do have a few Seagate backups lying around.

Below are some typical errors that I see on my own event log.

“The User Data Access_1b440ca service terminated unexpectedly.  It has done this 1 time(s).  The following corrective action will be taken in 10000 milliseconds: Restart the service.
“The application-specific permission settings do not grant Local Activation permission for the COM Server application with CLSID
{D63B10C5-BB46-4990-A94F-E40B9D520160}
and APPID
{9CA88EE3-ACB7-47C8-AFC4-AB702511C276}
to the user NT AUTHORITY\SYSTEM SID (S-1-5-18) from address LocalHost (Using LRPC) running in the application container Unavailable SID (Unavailable). This security permission can be modified using the Component Services administrative tool.

“The User Data Access_47e87 service terminated unexpectedly.  It has done this 1 time(s).  The following corrective action will be taken in 10000 milliseconds: Restart the service.”

Another machine, a Toshiba satellite, is still on Windows 8.1, and will sometimes throw a forced restart blue screen (less frequently), but never gets the Hard Disk Error.
But ever since Windows 8, Microsoft has simply gotten less stable for home users. 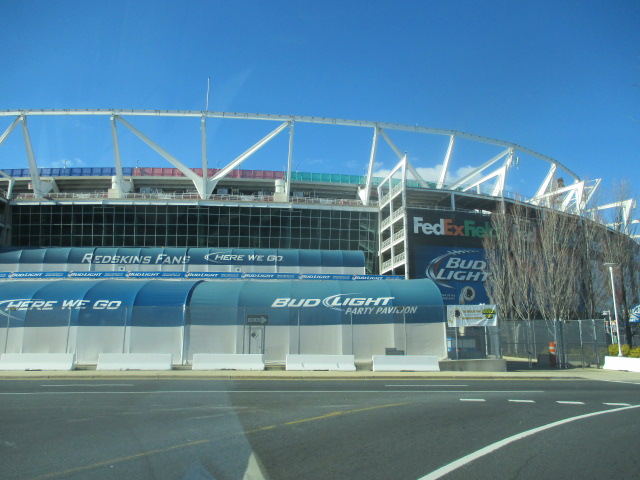 After a couple days of stabililty, I got an "unexpected store exception" right after a fast start, and a fake hard disk error.  A push button start worked as usual.  Here's a Blogger (Kunmi's Space) post on it.
Posted by Bill Boushka at 8:53 AM 1 comment: 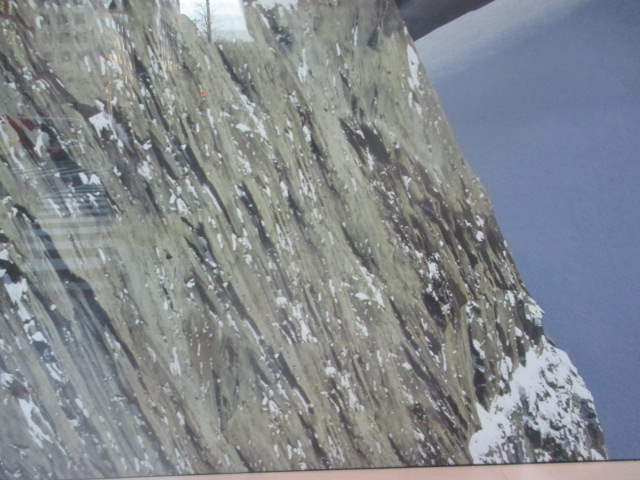 Wolber addresses the practical problem that many small business and home users don’t have the in depth understanding of the way different operation systems word (Microsoft v. Apple and Linux) and interact with apps.  Also mobile and desktop “culture” are different in the way applications communicate.  This may be especially true of older people who grew up in a world of mainframe IBM-MVS computing culture.

One problem is that the free Windows 10 upgrade (particularly in Reservation Mode) is not going well for many users, partly because of compatibility problems with older apps, and sometimes with anti-virus packages.  I have done one Mac OS upgrade (taking less than an hour) on a Macbook with no incidents at all, by way of comparison. I think that Mac OS is still “simpler” than Windows.  Further, Microsoft Windows has to work a lot more with third party hardware and firmware vendors.  There are bound to be problems.  Geek Squad has had more difficulty keeping up with the complexities of Windows 8 and 10 than it had with earlier versions. And Microsoft doesn’t seem to be providing clear guidance on how to deal with some common issues (like “Critical Process Died” crashes), rather letting users write up the matter on forums. Another issue is false hardware errors from firmware (at least in HP).

Posted by Bill Boushka at 10:54 AM No comments:

Telecommunications company is big into employee volunteerism, but is this appropriate? 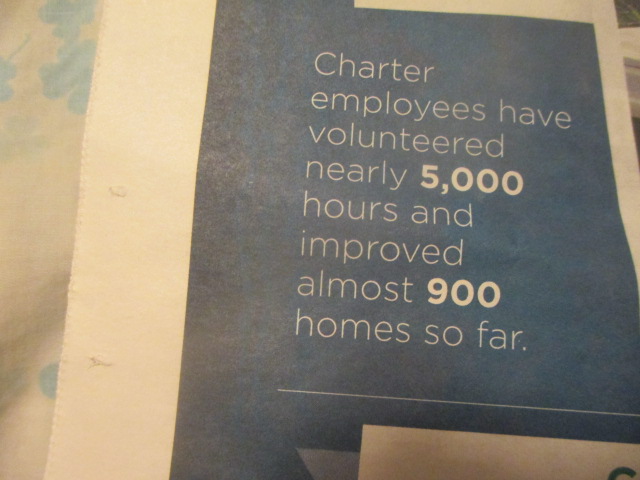 When picking up a freebie Politico at local Starbucks I noticed a print ad by a company Charter Spectrum Communications (Stamford CT)  for its charity activity Charter our Community .  It notes that its employees had volunteered 5000 hours and improved over 900 homes of low income families. 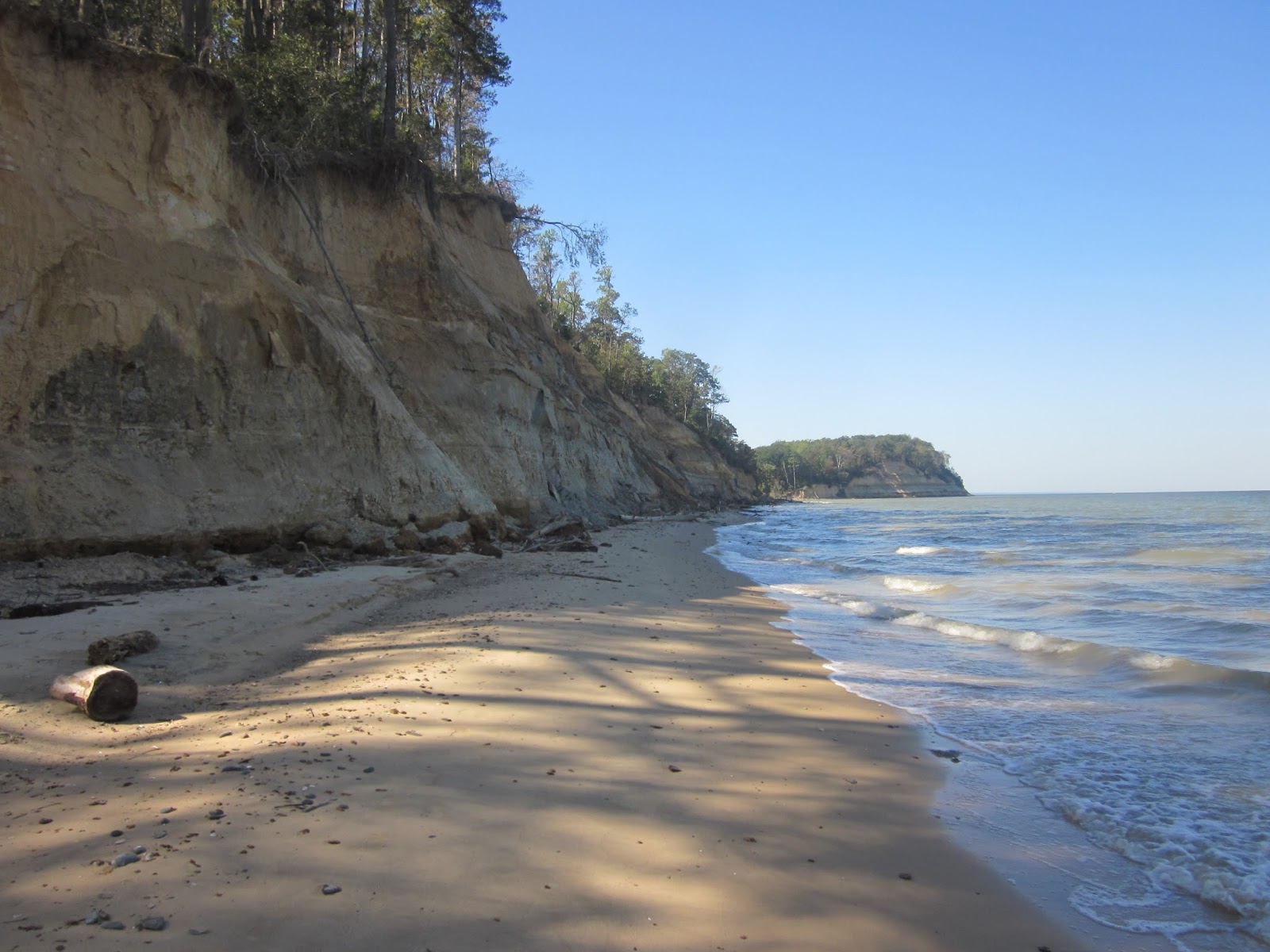 Should associates be expected to volunteer through their employers rather than on their own with their own priorities?  I’ve actually heard of Wall Street firms managing volunteering for employees.  It could further tie the associate’s life ownership to the employer.  And back in the 1980s, it could have been a real problem for associates who wanted to volunteer say as AIDS buddies.  But even then, there was “Hands Across America” in Dallas.

Posted by Bill Boushka at 5:52 PM No comments: